Some of the stories in the book represent new twists to older themes, whereas many are unique and not comparable to any earlier works. 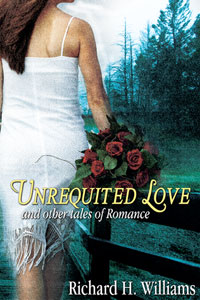 The first time I ever saw Nikki, she appeared at my office door and said she wanted information about the Ph.D. program in psychology at the University of South Miami. She had black, shiny hair adorned with a red ribbon and her eyes were deep brown. She was wearing a white blouse, red skirt, and black high heels. A small gold emblem was pinned to her blouse. She was so attractive that when I first set eyes on her, I think I stopped breathing momentarily.

I learned that Nikki was born in Madrid. I asked her to have a seat and said I would present her with a folder of program materials when she left. We had a long conversation during which I asked her some questions. Nikki held a bachelor’s degree in psychology with a minor in mathematics and a master’s degree in psychology, both awarded by the University of San Francisco. At the time we met, she was a high school mathematics teacher. Her computer skills were excellent, better than my own. Nikki had already been active in professional organizations and had made presentations at regional psychology conferences.

As our interview concluded, I told her that we would accept her into the program.

“Is it possible for me to be awarded an assistantship?”