Movie star Mercedes Montague has it all – the fame, the fortune, and the glittering celebrity lifestyle. But she lost herself somewhere along the way. On a publicity tour for her next movie she realizes she’s just fifty miles from her hometown. Mercedes – real name Marie Dillard – decides to bolt and go home to see if she can find what’s left of herself. Hiding away in her grandparents’ old home in a working class neighborhood she’s haunted by memories and reminders of her first and only love, Joe Shelby.

Marie’s stunned when Joe shows up at her door. Passion kindles between them from the first moment their eyes meet but she won’t let it consume her unless it’s going to include a lasting love. As they renew their relationship, Marie must find out if a movie star can return to reality or is love just a distant dream? 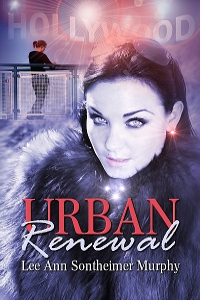 As Mercedes Montague she’d locked lips with most of Hollywood’s leading actors, the stars who incited lust in every woman across America from pre-teens to great-grandmas. More than a handful found their way into her bed and onto her expensive silk sheets for intimate encounters yielding physical release but nothing more. Sex turned into a celebrity rodeo as each man tried to prove his talents, to top the others and although maybe Mercedes liked it, Marie loathed it. She hated the lack of any real emotion, any passion beyond the need for another body in the lonely night and the few times she felt a spark with someone it always faded fast with morning light.

Joe brought back expectations long forgotten and evoked desire with such depth Marie sank into it as it sucked her down like quicksand. She should have fought it but couldn’t and didn’t even want to struggle against it. Her fingers clawed against his plaid flannel shirt as he tightened his grasp on her, his tongue darting into her mouth like an exploring snake. New waves of pleasure brought intense delight and Marie leaned against him so her weak knees wouldn’t dump her onto the floor.

His mouth stirred the ashes of their past and restored dozens of memories, brought back the memory of other kisses just as sweet. Whatever emotions they once claimed, all the old bonds connecting them renewed as power roared to life between them. Marie never knew how long it lasted and she never thought of anything but Joe within the same span. Her world shrunk to this, to his mouth and hers, connected. Driving in St. Joe yesterday she thought she’d come home but she hadn’t, not until now.

If Joe wanted to take her upstairs, he could, and if he decided to have her on the floor between Ma’s living room and dining room, Marie wouldn’t resist. Instead, he pulled back and put her at arm’s length. “See?” he said as a tiny smile flirted with his mouth. “The way I feel about you hasn’t changed, Marie. You still make me crazy.”

“Crazy good or certifiably insane?” she asked, happiness bubbling up from within like a wet weather spring.

Joe chuckled. “Crazy good, I think. Hell, I don’t even know you now and you don’t know me but I’d like to get reacquainted. What do you say?”

His request blindsided her. When she walked away from her celebrity life, she didn’t expect to even see Joe but Marie wanted to spend more time with her first love. “I’d like to, Joe, very much.”

“Good,” Joe said. His blue eyes shimmered now, reminding her of placid lake waters touched with sunshine. “I can’t stay now. Would you like to go out for dinner tonight?”

“Yes,” Marie said. “It may sound like an excuse but I don’t have a thing to wear but I can get something. What time?”

“Is six too early?” Joe asked. “I figure you’re still on California time but by six, the kid’ll have come and gone so he won’t wonder where I’m at, not that he would.”

Her floating happiness threatened to nose dive into despair. “Kid? Are you married?”

Marie made a quick time calculation and sneaked a glance at the clock. “Six thirty would be better,” she said.

“All right,” Joe said. “I’ll pick you up then. Be prepared—I’d like to hear the long version, Marie.”

“Sure,” she said. And I want to hear the story of your life, she thought but didn’t dare speak it aloud, everything you’ve done, about your wife, and why you’re not in the Army. “I’ll be ready.”