A hundred years before, the villagers of Balleywalegh drove the vampire preying on their womenfolk from their midst…and that should’ve been the end of it. But now, it’s 1929, and the monster’s back. Or is he? Someone’s definitely occupying the abandoned manor house again. Karel Novotny has the same name as the former Undead resident but he’s much, much younger, and more up-to-date. He even drives a Stutz Bearcat! With his movie idol good-looks, the mysterious newcomer’s enthralled the local lasses, especially Seamus Flannery’s daughter Brigid, who’s never before been a pushover for a handsome face. Seamus himself isn’t much for believing in vampires or any other creature of the night but he’s a little worried about the pale young man’s intentions where his daughter’s concerned. And when Brigid and several other village lasses become suddenly and unexplainably ill, he has to make a decision. It’s time for Seamus to do a little digging into the history of that terrible night from Balleywalegh’s past and find out what really happened. When he does, he hopes it’ll answer the question: Is Karel Novotny the monster returned or not, and if so, what will the good men of Balleywalegh do this time? 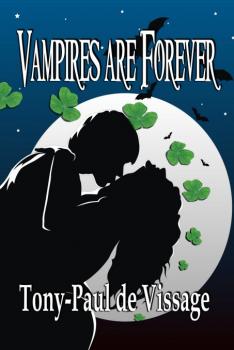