Marketa wants revenge. And she breaks all the rules of her job to go after the man responsible. But she has no idea what she’s getting into…

Trying to redeem himself after being turned into a secret weapon, Joseph’s job is to bring the same monster into custody. Now something else is taking priority from the moment he sees Marketa. He has to claim her… 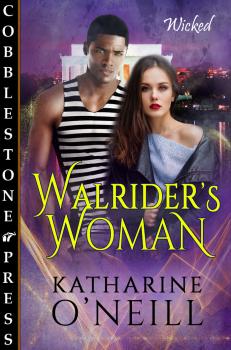 Marketa adjusted her top and hoped she didn’t look out of place. A short, strappy dress with heels and a small purse wasn’t exactly her idea of an outfit but the other revelers around her were wearing pretty much the same thing; it was much easier to blend in, and Marketa didn’t feel like standing out in a crowd tonight.

Not when she was walking into the lion’s den. Her contacts said Mark Grimshaw was going to be here, at his club, this very night and Marketa wasn’t about to pass this up.

She was going to get her shot in, her badge be damned.

The bouncer on the door gave her a polite smile, one that didn’t reach his eyes, and he held out his hand for her ID. Marketa passed it over and waited as he scrutinized it, and then her, before handing it back with a nod. Then he turned to Marketa’s companion and did the same. Tim Hyde scowled but held up his ID, which the bouncer snatched from his fingers. Then he handed it back and waved them through. Tim grumbled as he put his ID away.

“As if I look under twenty-one.”

Marketa rolled her eyes. She could do without his whining. He wanted to come and Marketa couldn’t deter him. If he was going to be her cover, then he needed to shut up or he would get a drink in his face.

Or her gun. Marketa didn’t care as long as it shut him up.

The inside was packed and thriving. Right in front of them was the huge dance floor, stuffed with many bodies gyrating and grinding against each other. Glow-sticks were being waved above people’s heads. To their left was a DJ’s booth on a high ledge, an attractive blonde in her twenties manning the turntables and jiving to the music. To the right, lining the whole wall, was the bar. Three barmen were behind the bar and carrying out the many orders without batting an eye.

Tim stepped up close to Marketa’s side and spoke loudly into her ear, his hands on her waist.

Marketa took his hands off her waist and stepped away, indicating the bar area.

“Let’s go that way. We can see the whole place from there.”

She made her way through the dancers, ducking underneath swinging arms. She could hear Tim behind her and that made her grit her teeth. Why did she have to give in and say he could come along? Marketa didn’t need anyone with her; this was her problem. But her neighbor was a handsome specimen who could charm his way into anything. He was also, sadly, highly irritating and very pretentious.

Marketa had found that out too late.

They reached the bar and the barman nearest them turned toward them. Marketa’s heart momentarily stopped and all the heat seemed to go straight between her legs, almost making her lose her balance. Whoa. Gorgeous didn’t even begin to describe this man. Well over six feet with skin the color of dark chocolate, eyes the deepest shade of green, and hair shaved close to his head, stubble dusting his jaw. His body looked like he had been the model for Greek statues, his T-shirt hugging his torso and huge biceps, stretching over his flat stomach. Marketa didn’t dare herself to look any lower; her pussy was starting to throb and she was trying to concentrate on standing up.

Hot damn. She had seen many fine specimens in her time but this man topped them by far.

He turned toward them, his eyes landing on Marketa. She saw his eyes change, just a little. Did they suddenly change color? They went from green to bright gold and then back to green. That had to be a trick of the light, surely?

It didn’t help that seeing that had her nipples tightening and pressing against the fabric of her dress. She was glad she had worn a bra.

Then he gave her a smile that made Marketa’s knees weak.

That voice. Like liquid chocolate. Delicious, just like him. Marketa swallowed and managed to find her voice.

Sweetheart. When was the last time someone had called her that? Certainly not her last boyfriend.

It was a moment before Marketa realized he had moved away. Beside her, Tim leaned on the counter and scowled.

“I don’t like this,” he said over the noise. “I should have talked you out of this.”

“But you didn’t,” Marketa pointed out. “You decided to come along.”

“Because I knew you’d come here anyway.” Tim huffed. “I thought it would be better to come along with you and see you didn’t do anything stupid.”

Marketa almost burst out laughing. She was about to kill the owner of the nightclub, the man responsible for killing her brothers. Tim didn’t know that but he didn’t realize you couldn’t get any more stupid than that. She was just using him as cover, pretending she was going to stake out an ex-boyfriend who had cheated on her. Tim had fallen for it. Smart he claimed to be but he really was stupid. Perfect cover for her.

If he really knew what she planned to do, he would have called the cops. But it wasn’t going to stop her from putting a bullet between Mark Grimshaw’s eyes.