Between Heaven and Hell lies The Median it exists as a place to direct souls to their next destination. When a person dies their life is measured for all it’s flaws and triumphs. If at the end of a life a person falls short of greatness, or is too good for damnation they try again, and again until they get it right… or very wrong. People don’t know about this though, they couldn’t or they would alter their behavior. As far as the world is concerned The Median does not exist. The workers of The Median are people who work as drones to watch over the people of the world and document their behavior. They don’t eat, sleep, have wants, desires or feelings. They blend in with every crowd, and are never noticed by ordinary people. Simon is the exception to that. At times he feels things that he can’t explain and doesn’t understand. One day he goes to a coffee house he’s been to a thousand times and discovers the cashier remembers him when she shouldn’t. Instead of reporting it he befriends the girl. But when all the feelings and lies catch up to him Simon learns he can’t have it all. 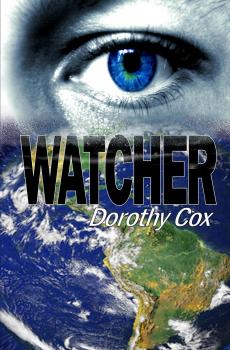 Chapter 1
In the Beginning

Heaven and Hell? It’s a bit more complicated than just that,

know the full depth of it all. Between life and death there is a

place, a middle ground that exists--The Median, where your

life is weighed and measured for all its flaws and triumphs. A

decision is made and life goes on, or doesn’t, depending on

what you did with yours. Hell is reserved for the hopeless,

those who could never be any more than what they were, those

who have no good in them at all. Heaven is the place where the

worthy go, those who did so much good with their life that

there would be no other choice. Those who don’t quite make

the cut, those who do bad, but show even the tiniest glimmer

of hope get a second chance, and a third…an infinite number

of chances as long as there’s hope for a change. A Watcher

observes your life during its course and makes notations of

everything good or bad you do. At the end of your life he

committee that decides what will happen to your soul. It’s all

If I could equate The Median to something worldly it would

be an office with no profits and no personal life. Everyone has

a designation, a rank, a job, and it’s all we do. There is no

outside world, no home life, no family, no friends. We exist

only to do the job we are assigned to do. We never interfere

with the real world, and we would never care to. A Watcher is

merely an observer--we have no wants, needs, or preferences

to anything. We don’t need food, or sleep, or have any

discernable talents. We are adequate at everything and are

good at nothing. We blend in with every crowd and no one

would ever take notice of us. I am a Watcher. I would describe

myself, but mirrors are for those trying to impress someone--

man, woman, or themselves. We have no one to impress; in

fact we do the opposite. We are the most unremarkable people

you would ever see, and that’s exactly what we’re designed to

be. Those who go unnoticed are free to observe at their leisure.

No one knows how or why you become a Watcher, just that in

some former life you must have done something that

convinced someone you’d be good at it.

A Watcher has no feelings, no desires, no part of them that

clings to their former human self--except for me. I suppose

that’s a bit of an overstatement; it’s not so much feelings as a

pang, or a twinge. There’s something inside of me that makes

me think that I feel something even when I know I shouldn’t. I

asked my colleague, Demetri, about it once (I suppose if we

had friends he would be mine), and I was met with a wide stare

and a loud response of, “Simon don’t ever repeat that to

anyone that I had even the most minute of feelings. I thought

about telling someone else, just to see if they could explain it

to me, but the thought occurred to me that if I did the

consequence could be that I would be fixed somehow, and I

would no longer have those feelings. The thought of that was,

well…undesirable to me. Not only that but I learned right

away that asking questions wasn’t something that a Watcher

ever did. We weren’t supposed to feel curiosity or a desire for

knowledge. We weren’t designed for that; we were designed to

be drones, to watch, to write, and to do it again. So when it

comes to things like the complicated inner workings of The

Median, I only know as much as people tell me--for questions

want to know about.

down. Every moment there is like the middle of a work day.

necessary to the real world and back to The Median. The

doors to The Median are a little hard to explain. A normal

person would never be able to find or use them. They tend

alleyways…places where you can be alone contain

doorways. Witnesses to people entering or exiting The

Median are undesirable so discretion is used when operating

the doors. A door can look exactly like the wall that it’s

placed in. It’s not the way you’d traditionally think of a

door; it’s more of an energy. As a worker in The Median we

can sense the doors because of our ties to it. We feel a kind

of pulling, tugging sensation that draws us back--the sense

return to complete your tasks. In the presence of a door the

tug is strong, like a yanking, wrenching feeling, as though

The Median is millimeters from you, which it is. In the case

of leaving The Median and returning to the real world

there’s only one entrance and exit for Watchers--the front

door. When you approach the front door you simply push it

need to end up. A problem arises when a person is

occupying the space you’d like to end up in. Say a person is

until you either think of a new location, or the person

go of things, but there are a few…repeat offenders, I

suppose you could call them, who exist on earth. When a

soul is born it is assigned a name by its parents, and to us it

always exists as that name. Lives and faces and situations

may change, but we only see them for the soul, the original

part, so to us they are always the same. We have a unique

around the edges of people. It’s like a glowing kind of

energy; the worse a person is the darker and more cloudy

their soul looks. It’s not a solid light, more of an eternal

mixing. It’s sort of like the way dry ice floats and swirls

around. Good things and bad things add new lights to the

swirl and they continuously try to mix everything together

into one solid light. It doesn’t happen though, because each

new choice brings a new light into the swirl.

People would never know any of this. Every new chance

is a blank slate, and the memories of every life and every

death are wiped clean on the next go round, so memories of

the past, or of any of us are gone before they are reborn. As

far as any of them knows this is the first time, the only time,

and there will never be anything else.

My job is to handle repeat offenders. My list of wards

only includes cases handed to me by the ones who watch

new souls. A Watcher with only new souls can handle a

larger case load, while one with repeat offenders gets less.

The reason for this is that we are looking for changes,

behavioral or moral, something that indicates a learning

curve, and that there’s a potential change.

At this point in my almost two hundred years I had

reached a slow period. Any normal human would have been

completely bored out of his mind during this time. Most of

my wards were recently reborn and were at stages that

didn’t need much watching. After all how much trouble

could a baby really cause? Babies and children didn’t do

much of anything noteworthy. I had various wards who

were in new-born and toddler stages who hardly required

any attention of mine, a couple in childhood, and a few

adults. The adults require the most attention--adults made

decisions day-to-day that could change the course of

everything. One split decision in one instant could

potentially ruin a lifetime worth of goodness.

It was slow; there wasn’t much to take note of, and at

times I made little games for myself to keep entertained.

watching someone else. Sometimes I made up stories for

myself--where I came from, who I used to be. As far as I

know I just appeared in The Median one day and somehow

and which wards were mine. It was odd not knowing who

you were or where you came from, or why you knew what

you knew. Still my games were enough to get me through

the more difficult times, and even if I was the only one who

played, it was nice having a secret with myself.

One of my most important assignments at this point was

attempts to better her life always ended with a one way

ticket to starting over. At times she seemed like a normal,

nice person who you could have a cup of coffee with, but

Cassandra was tricky. She was furtive and opportunistic.

her for very long. I’d only seen her through two lives, and at

making steps toward that. It was hard with her to judge

façade. This is why Watchers with repeat offenders had less

of a case load--there was a certain degree of familiarity

needed with wards and a great knowledge base of their past,

as well as personality traits and behaviors. If traits and

behaviors persist, then it’s likely there will be a backslide

and all progress will be lost. Once again they will start over,

and a new file will be added to their growing stack of files.

My other important assignment was Hesiod, a cold

again. He was my first assignment when I started here, a

blemish on my record that I’d followed for nearly two

centuries and could never get rid of. He always walked the

Hesiod seemed to toy with me at times, trying to taunt

me with the games he played himself, although for that to be

impossible. Hesiod had been around for longer than I’d been

working there, and Demetri who had been there a century

longer than me, said Hesiod had been a case for longer than

he’d been there. Hesiod was often reborn with good looks

and always had a silver tongue. He was a smooth talker who

had lots of people coming and going through his life. He

him. It was a sad sight at times because he could convince

otherwise good people to do bad things and convince them

it was right. If Cassandra was tricky, Hesiod was the king of