Addy Lafollette has a plan. College. Veterinary school. Then way down the road, marriage and kids. Her plan doesn’t include getting involved with someone before she even leaves for college. But gorgeous Graham throws a glitch in her well thought out life. Graham Stewart is content to float through life working on his uncle’s farm, hanging with friends, and pitching for the local softball team. He’s never had a reason to get serious about much. Until Addy. Life becomes a quest to convince her to stay in town, with him, when all Addy wants is to leave for college to implement her plan. Can Addy find a way to be with Graham without giving up her dreams? 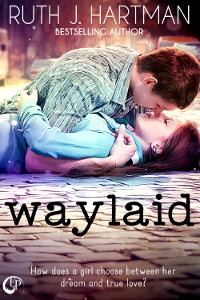