Dumped by her fiance and deemed too predictable, Amelie flees Brisbane for Hawaii, vowing to steer clear of men…where she fights an instant attraction to a sexy marine biologist who is busy waging war against a developer.

Arne is fighting a David and Goliath battle against an unscrupulous company whose resort will damage the reef protecting his small Kauai town. He recognizes his soul mate in Amelie, but his efforts to win her trust are thwarted when he becomes a target due to his anti-development stance.

Although being with Arne could be dangerous for Amelie, some attractions cannot be ignored. Will he overcome her resistance and win the battle against those trying to destroy their paradise? 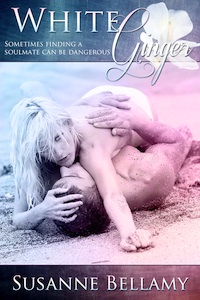 When Arne next pulled up in front of her cabin in the long shadows of early morning, she raced down the stairs to his jeep, even before he had time to alight and grabbed his arm. “Was anything taken? Have the police caught anyone yet?”

He raked a tanned hand through his hair as he led her back to the veranda and dropped onto the seats they had occupied at dinner the night before. A lock of raven hair fell over his forehead and shadowed eyes.

“Not yet. And nothing was taken as far as I have been able to check, but they threw my gear around and caused quite a bit of damage. Funny though. I don’t think they found whatever they were looking for.”

Amelie held her breath as she recalled her own thoughts on the subject last night. Preoccupied in the retelling, Arne continued.

“Forensics found a piece of cloth snagged on a nail inside, just below the window. And there was a smear of blood so they got a DNA sample. The thief caught himself on the nail when he slid through the window.”

He stood and walked to the railing, looking off into the distance for a moment, and then brought his gaze back to her. His thoughts seemed to be on something other than the break-in.

Looking up at him, with the sun shining so brightly on the verdant growth around her cabin and the world so fresh and alive, Amelie wished he would take her into his arms again. She ached to feel his lips drawing from her willing ones the pleasure they had shared all too briefly. The melting sensation each time they touched was proof he stirred a strong physical response in her, but they connected on a deeper level. Their relationship was instinctive, elemental.

Why had that word sprung into her mind?

She stood slowly and walked across to join him at the railing. He smelled of lime and sandalwood. Heat rose in her body at his nearness and she leaned in close, aching to wrap herself around him again.

“About last night…” His voice was hesitant, and he touched her hair lightly but maintained his distance. There was tension in the set of his shoulders, and a wariness in the way he looked at her. A pit opened in her stomach and her heart sank. Holding her breath she fought down panic.