Chessa Dawning never thought she’d be on the run. Yet, she was, having left the only home she’s ever known, staying two steps ahead of the men chasing her and falling for a resourceful ex-criminal with colorful friends.

Most of the time, Charlotte Lake can’t believe her life. The reluctant leader of a rebel faction called the Ginger Nation, Charlie’s days are filled with planning surveillance, rescuing detainees, and exposing government conspiracy. Surrounded by loyal friends and soldiers, she knows she can never reveal the true nature of her quest: finding her real father.

When a sudden twist brings the two girls together, revelations about the past will make them rethink where they came from and define the future in ways they never could have imagined. Not every scientific breakthrough is a gift. 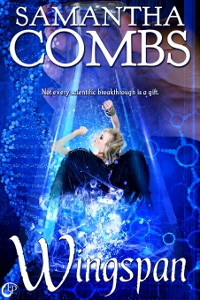