With a hundred exams to grade, newbie teacher Allie Spykers believes she has no business ending up in the seventeenth century. Her secret society feels otherwise, though, so she is sent on her first Omicron Alpha Rho field quest to find a stolen ring. When annoying but hot surf dude Pack McCaffey touches her hand, they travel to Puritan times in Salem Village. Allie finally learns about her place in this world—and about love. 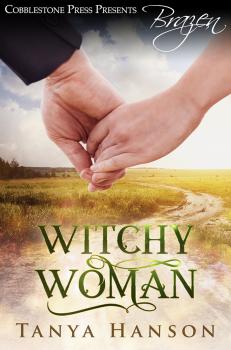 “Salem? Massachusetts? Tomorrow?” I wailed over a dirty martini, which of course spilled all over the couch. Nobody, meaning my two roommates and Omicron Alpha Rho sorority sisters, cared much. It’s an ugly blue and white gingham thing we’d resurrected from my Aunt Roberta’s dumpster. We had just gussied the place up a tad for the costume party we were hosting Saturday night, so I wiped at the wet spot anyway.

“None other.” Laurel grinned at me. “And what a time to go. Halloween. Witches. I know you love anything Salem, and I’m so glad I got be the one to tell you.”

“I have quarter exams to grade, and report cards.” My wailing increased in volume. “We have no school tomorrow just so teachers can do that. I mean…” I cussed a little under my breath. “If I have to go somewhere, at least let it be a school day.”

“You can do the exams on the plane and email the grades to your master teacher. Besides, you know your headmaster can handle anything if you can’t. She understands.” Laurel stuck her hands on her hipbones, elbows straight out like wings. She looked like an old-time schoolmarm as she tried to stare me down.

I looked away. The possibility of passing the buck was greatly appealing. A first-year American history teacher, I’d only been on the staff at snooty Heisler Academy for two months, and I didn’t really want a bunch of poor little rich girls mad at me so soon in my budding career. Some of them actually thought they deserved an A just because they had cute clothes.

Anyway, the headmaster—a female—had been Omicron Alpha Rho once upon a time. She wouldn’t bail on me. But all main directives came from Housemother, who was the uber-head of our post-graduate secret organization. She was like James Bond’s M: Nobody really knew who she was, and nobody ever said no to her.

Laurel interrupted me like a speeding bullet. “It’s a done deal. You’ll be hearing from her. And I know you love those witches.”

“The Salem Witch Trials of 1692 had nothing to do witches or witchcraft,” I snarked. “I should know. I just taught the unit on the witch trials.”

I hated to give in, but my skin crawled with a bit of excitement. This was my first OAP field quest, and I’d never been to the Boston area. I might get to see some leaves turn. But the excitement turned to sadness. The history of the colonial Puritans is one of my passions in and outside of the classroom

My heart tumbled again at the tragedy of innocent people who were executed for being different, for not pointing fingers, or for owning something somebody else wanted. They’d done nothing but stay true against the accusations of spoiled young girls whose moms and dads believed them incapable of doing anything wrong.

I got up from the couch and grabbed my teachers’ edition of the textbook.

“See this?” I showed her an artist’s image of how the court might have looked in 1692. It was the Court of Oyer and Terminer, stupid as that sounds. Why not just say To Hear and Determine? A black and white etching showed the girls who started the accusations, screaming and gyrating on the courtroom floor, and the grim magistrates who believed their fake antics.

I sat next to Laurel with the book on my lap. “Can you imagine the terror of those accused who did nothing wrong? Twenty people died.” I grabbed the stem of my glass so hard it almost snapped. “We’re not talking about a Halloween party. So what’s my big job anyway?”

Laurel flushed. “Housemother is using your passion for something good. Remember our credo? We observe and protect important historical objects. Well, Rebecca Nurse’s ring has gone missing from the Caremore Historical Society in Salem.”

I closed the book with reverence. My skin goosed again. Goodwife Nurse, a devout old woman, had been hanged as a witch. Her “crime” had been a property dispute with a neighbor whose daughter screamed the loudest. The girls’ “circle” had affirmed their unholy power by bringing down a righteous pillar of the community.

Yet Laurel’s statement didn’t fit the history. “Puritans did not wear rings,” I pointed out.

Laurel refilled my empty glass. “Housemother says that’s long been the thought among experts but it might not be true. That’s why this ring is so important.”

I tried to hold my ground. “I’m no expert, but I know jewelry was considered Papist.” Laurel wouldn’t know. She had majored in chemistry and was doing a paid internship at a big pharma in Pasadena while she went to grad school.

“That may be,” she said. “But I’m talking about a ring made out of her hair to mark the occasion of her betrothal.”

“Nope.” I shook my head. I knew better. “Courting rituals were pretty specific. She and her betrothed Francis might have had a courting stick but nothing more significant than that.”

I curled my legs under me on the couch. “A courting stick. Couples used a long hollow pole as a listening device.”

“What are you talking about?” She slumped next to me and slurped up the big green olive at the bottom of her glass.

“They didn’t exactly go on dates in the seventeenth century. They probably sat in one big room with a whole extended family. The stick had a mouth piece on one end and an ear piece on the other. They could share secrets and whisper love words without letting others hear.”

I admit to sounding like a classroom lecturer, but this was the same speech I had given my class. My students had decreed the courting stick lame, although they had liked the idea of bundling. The custom allowed couples who lived far apart to spend the night in bed together to get better acquainted. A big board separated them, and the bride-to-be often wore a giant stocking to keep both legs together, but they could still talk.

Laurel shrugged. “Well, Rebecca’s husband somehow made the ring out of her hair and gave it to her during their courtship.”

I had to consider. We weren’t talking crazy teens here. Puritans didn’t marry all that young, usually at about twenty-five, and they believed love to be an important part of marriage. They even used the term “falling in love” in their writings. I wondered if this ring might have been a legitimate gift the Nurses kept hidden due to the cultural norms. If somebody had found such a suspicious object in 1692, it would have been hard evidence against Rebecca.

Still, the Puritans had kept accurate reports about the court proceedings, and I’d never come across a ring like this before. “Nope. I’m not seeing it, Laurel.”

“Whatever.” She rolled her eyes. “A descendant found the ring and donated it to the society a few weeks ago. The provenance appears authentic. And now it’s disappeared.”

“Okay.” Maybe I was wrong. In our secret profession, provenance is the deal-breaker. “But why involve us? And how does Housemother know the ring’s still in Salem?”

Laurel, who’d been my Big Sister during rush and was a mentor to me even now, blew her cheeks into big, round balls. “She’s gotten intel. And you’re teaming up with SP².”

SP², pronounced Ess-Pee Squared, stands for Society to Preserve the Sacred and the Profane. It’s an all-male group of former frat dudes who call themselves Squares. They are a bunch of big, macho men who don’t get the “I Am Woman, Hear Me Roar” thing and take the word “profane” to mean dirty.

Though most SP² operatives are smoking hot, I couldn’t stand the thought of working with them. “I will not.” That riled me up, and I stamped my foot. It didn’t make any significant sound, though, against the foul shag carpet. “I will not waste my time with those testosterone-fueled apes.”

Laurel smirked. “Not your call. Now, make nice and get it done.”

I wanted to punch her face, but I accepted my defeat. “Laurel, who… Who is it?” I had not given up my wariness. Some of the SP² Squares were better than others.

“All right. I’ll go pack.” With a groan, I headed to my room down the miniature front hall of our crummy apartment.

We live in Hermosa Beach, a beach city on L.A.’s South Bay. It’s a cool place to live, but the sky-high rent means regular operatives like us can only afford living here if we herd up and lease a sty. We do have a half-inch of ocean view if you stand on tiptoe on the roof. We call it our patio, but you have to be careful not to step through to the ceiling. And let’s not forget the mold.

Anyway, we put up with the squalor for the sake of our zip code and proximity to Friendly’s, the best bar in the world. It’s a dive bar, plain and simple, full of honesty, charm, and cheap but tasty beer.

As I passed, something drew my attention through our tiny, grimy window. That something was a someone: my stalker. My creepy shadow ever since we’d danced last week at Friendly’s. I’d said no to his “romantic” invitation, but I’d said it politely. He’d grinned with a touch on my cheek. Yet I’d been smelling him—heavy smoker, yuck—everywhere I’d gone for the last seven days. I’d already informed Housemother, but she had told me everything would be fine. I had to trust her.

I wasn’t smelling him now, but it freaked me out to be drawn to him, to find him looking up at me. He was a scruffy surf-rat who hadn’t showered in a week, shaved in two, or bought a new T-shirt since the Bush administration. Not my type. Well, I don’t really have a type, but if I did, he wouldn’t be it.

Still… Even through the scruff, his glow got me hot in all the right places, and I hated myself for it.

I showed him a finger I’m normally too polite to raise.

He tossed me a grin in response and wiggled his fingers a come-hither gesture at me.

Even though my flesh goosed, my heart melted.

Ah, hell. I’d be leaving in the morning anyway. Then again, we hadn’t sent out formal invitations for our Halloween party. It was pretty much a free-for-all, so maybe… I gulped, and my heart lurched.

Maybe I’d see him there.