Ever ask an author if the characters take over, if they talk back and do their own thing? We always give polite answers about how they might turn out more forceful or sexy than we expected or some other trait.

The real truth might just surprise you. Take one long shipwrecked woman throw in a newly shipwrecked man with only one place to stay on the island. 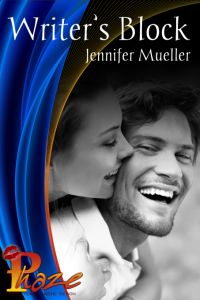 [Research position of island for later in the story, need to find 1895 shipping chart] Brede coughed up the seawater that had filled his lungs when the ship sank and during the subsequent time he was in the water. How long had passed, he had no idea. Slowly his senses began to register; the sand beneath him was so soft that he had sunk in deeply. His lips felt cracked and dry, and every part of him itched. All he could manage was a low moan.

“Are you awake then, mon ami?” the woman watching him asked. He was definitely Scandinavian by his coloring. Ash blond hair and blue eyes, even if he was tan. She tried not to think of the fact that he was slowly dying. Sharing the food that was available would make it even harder to come by. He would work hard as she had at the start, and then he, too, would give up as food became harder to find. Still, company was better than no one at all, even if there wasn’t enough food. [Find new place to work in description, no head hopping.]

“If you think you can move with help, I know where there’s fresh water. You’ll need to drink soon.”

“How can you know so damned much? We were just shipwrecked!” Brede inhaled deeply, but the effort sent him into a coughing spasm. Lying spent, it clarified just how parched he was. Sand even filled his throat as he swallowed.

“I’ve been here two months, since the last hurricane passed through. Yours is the first face I’ve seen since. If anyone else survived, they’ve not made it to this shore.”

The sun burned his eyes as Brede forced them open. Then a cup materialized in his hand.

“Wash your face with this. You’ve probably salt in your eyes. I’ve more here for you to drink. I pulled you out of the high tide mark last night, but hadn’t the strength to move you any further.”

A little at a time he poured and rubbed. Finally, he tried to focus once more as he struggled to sit. There sitting rather civilized looking was a quite lovely woman. Lovely, hell, she was gorgeous with dark brown hair and flashing green eyes. Her hair was up properly, but then he noticed she wore only a corset cover and drawers. 1895 was a good year for undergarments was all Brede could think about for a moment. French by the accent, she also sported a tan far darker than any woman would allow herself, even in the Caribbean.

The longer he was up, the more his throat burned. He could only hold out his hand for the vessel of water. The more he drank, the more he craved, and he emptied the cup far too soon. Again and again he drank until he had his fill. Looking around, Brede spotted lush palm trees, backed with sea grapes. A crescent strip of white beach, but not too far off, boulders littered the coast. Half a mile change in his path and he would have been dashed to death. Behind, he observed a small mountain peak covered in fog.

“Any idea where we are?” Brede asked.

“I was headed to St. Barthelemy when the hurricane hit. Last port we visited was St. Croix in the Dutch Virgin Islands. We were only a day at most from port. How far off course we were sent before the Aurora capsized I can’t say. Do you need something to eat, or can you walk to the pool to clean up first? My shelter is on the other side of the island at the old copper mine. You’ll have to walk either way.”

“My name’s Brede. I was headed to St. Croix when the storm hit, and I think I can walk.” [Does his name sound too much like Bree, is it manly enough?]

“Virginie.” With a determined air, she grabbed a bucket at her feet and started walking, leaving Brede to follow.

“Is there danger for you to need to walk so fast?”

At that, she laughed and slowed to fall back next to him. “Danger, no. After every storm, I make the circuit around the beach to see if any ships were taken off course or laid up in the shelter of the island. With the mine here, I know it’s not uncharted. I haven’t had a chance to check the rest, with finding you.”

Glancing out of the corner of his eye, he couldn’t help but smile. “You always make the walk with your hair done properly?”

“I wanted to make a good impression at our first meeting. I’d prefer you didn’t think I’d gone completely savage. You’re looking at the best I have to wear. I found one trunk of clothes washed up when I explored, but it wasn’t mine. I had to lose weight from the change in diet before they fit. My dress was destroyed by then, and in the trunk were only undergarments.”

She had curves made for taking to bed. “I won’t think you’re savage as long as you don’t mind my staring a bit.”

Virginie looked over with a grin. “Agreed.”