The follow-up to Aneshu! Renowned as the greatest trickster in the realm, the actor Aneshu travels to the distant desert outpost of Malassar to spy upon an unscrupulous vizier who has eliminated every previous spy planted in his household. No one said espionage was easy, but then, no one warned Aneshu that Amiru ked Shaskan was young, devastatingly handsome, and as dangerous as a cobra. To survive, the actor must turn to his most famous role, and perhaps do the unthinkable. 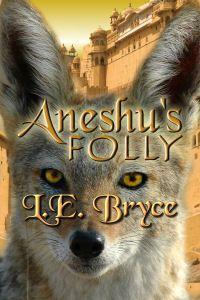 Once he returned from the palace, Aneshu drew his master aside and told him everything. Tahrun grimaced and nodded. "Yes, I'd heard the High Prince wanted you for some special performance, but I'd no idea it meant sending you out of the city." Balling his hand into a fist, he indicated a scroll lying on his desk. Thanaj's lion seal marked the broken wax. "I don't suppose you had anything to say about it?"

"He didn't ask me whether I wanted to go, if that's what you mean," replied Aneshu. "Elami can play most of my parts while I'm gone"

"Not Gaval the trickster," said Tahrun. "Even if he could manage it, apparently I'm to send the mask and costume along with you. Why the High Prince has to involve actors in this mess, I don't know. You're not even trained for this work. This young prince doesn't sound worth the trouble, and no one will bother about the sister. She's not the only princess Thanaj could marry, and he certainly doesn't have to keep us all waiting another four or five years to produce a son."

Nearly sixty now, Tahrun had not improved with age, and he tended to ramble when upset. Aneshu raised a cautionary finger to his lips. "It's only been two months since the High Princess died. Besides, you and I weren't asked our opinions. What I told you can't go outside this room. The understudies are gossips, and Elami would pitch a fit if he knew the truth."

On the palanquin ride back to Tahrun's house, Aneshu had rehearsed a carefully crafted version of the story for his lover. Monogamy suited Elami, and the hysterics that once marked his youthful love affairs he now poured into his roles. That did not, however, mean he could not make a scene when agitated. "I hate the idea!" he cried. "Why do you have to go? There are hundreds of performers throughout the city. The High Prince didn't have to choose you."

Aneshu tried his best to keep the mood light. "Thanaj didn't exactly ask for your opinion, my dear, and I like to think I'm a cut above the other hacks."

Elami, standing behind his chair, bent down and wrapped both arms around his neck. "You'll miss the last of the summer festivals, and the desert will utterly ruin your complexion."

"The mask paste already does that," said Aneshu. "Honestly, I don't know how you put up with my horrid looks."

"Fortunately, the paste doesn't do anything to your cock."

Laughing, Aneshu reached up and kissed him, slowly at first, then deeper, letting his tongue slide into Elami's mouth. The vizier who took charge of him following the interview explained that a courier would collect him tomorrow, and that he and the other performers would leave for Malassar the day after. Tonight would be his last and only chance to spend time with Elami.

Breaking off the kiss, Elami shook his head. "It's almost supper. Tahrun won't let us be late."

At the table, the understudies deluged him with questions, while Merash looked on in thinly concealed amusement. He won't miss me, Aneshu reflected sourly. Now Merash could lord his first actor status over Elami and the understudies without the second actor's scornful teasing. Aneshu ignored the queries about his trip to the palace, tucked into his meal, and smiled at the thought of his rival finally overreaching himself and trying Tahrun's patience.

"Oh, come on, Aneshu!" protested Salo, the eldest understudy, and the one most likely to take on the third actor's roles while Elami covered the second's absence. "We all know you saw the High Prince, and that you're going away. You've got to do better than 'nothing much' or 'there's nothing to say.'"

"Yes, Aneshu," Merash drawled slowly, "you've got to tell us what Thanaj sees in your skinny carcass that he had to interview you personally. Did he want a private performance?"

Aneshu grinned through clenched teeth. "Had he wanted to see the trickster make an ass out of somebody, he surely would've sent for you as well. You're so funny when you're fuming and about to piss yourself."

Salo continued to press the issue. "Why you, and not the rest of the troupe?"

"I have no idea," replied Aneshu. "And if you absolutely must know, Merash, the High Prince is courting a young princess. He's sending actors and dancers to entertain her and her family."

Merash snorted. "By sending the trickster to steal her away?"

"Well, nobody said he was eager to marry again."

Once the meal was finished, Aneshu left the table and led Elami upstairs to his room. How many evenings had they done thisslipped away together to fondle each other and make love in the drowsy dusk, then come downstairs again to play at dice with the understudies, talk, or filch a snack from the kitchen? Only tonight was different, the air laden with hushed anticipation that dared not speak of tomorrow or things to come.

Aneshu did not wait until the door was closed. Pushing Elami back against the jamb, bracing his arms on either side to pen his lover in, he bent down to claim a kiss. When Elami twined both arms around his neck and pressed up against him, Aneshu still did not move, but used only his mouth to tease, to taste, and give pleasure, until Elami, cursing softly in frustration, pulled back. "Oh, you're going to make me beg for it, aren't you?"

"Would you have me do it any other way?"

"You don't plan to fuck me here in the hallway, do you?"

Aneshu kissed his cheek. "Not unless you want half the household to try to join in." 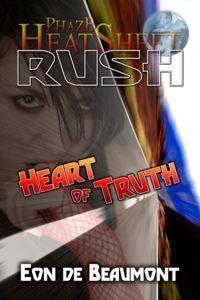