In the hospital they keep calling her Sam and telling her she's married to Alex Porter but she doesn't know this Alex. Then she discovers she's lost more than a year of her life and Alex can't, or won't, tell her what happened. He refuses to let her see or talk to her father and there is also something very important about Samantha, she can't remember.

Alex Porter can't explain how Sam was either pushed or jumped from a moving car traveling away from him, or why Sam's memory disappeared but he's sure her father played a role. All he can do is offer support as she recovers and wait for her to come to him as she had before the accident, hoping against hope, Sam's father has not ruined his marriage and driven away the woman he is starting to love. 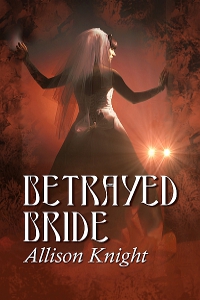 Alex vaulted out of the pool beside her, drawing her back to the present. His gaze was riveted on her bikini—her now-transparent bikini. Her nerves began to dance over every part of her. She might as well have been swimming naked. He could see everything.

Before she could take a step toward the lounger and her towel, he reached out and pulled her into his arms. His heat scorched every part of her body, but she couldn’t drag herself away from him. When he lowered his head, she knew he would kiss her and she let her eyes drift closed.

With the touch of his lips, she gasped. They were cold, but the warmth he generated with his touch belied what was possible. She felt like she would melt like a block of ice in the southern summer sun to form a puddle at his feet.

And she wanted more.

She lifted her arms to draw him closer, and his erection pressed against her naked stomach. She tried to dismiss the excitement building in her. She opened her mouth to tell him they had better stop, but it seemed he thought she had issued an invitation for him to taste her.

She lost the urge to resist when more heat surged through her veins. Her tongue dueled with his. Intense desire glazed her soul. She pressed her body against him.

He pushed the tiny fabric that covered her breasts out of the way, and his hand cupped her while his finger toyed with her nipple. She wanted his lips on her flesh, and the thought sent hot, wild desire through her. She curled her fingers into his shoulders, kneading him, trying to coax him toward the place where his fingers toyed. He couldn’t stop, could he?