Having received a bequest to do “something to make the residents happy” movie star Brenda Brandon and her spouse, retired FBI agent Charlotte Diamond, owners of Curtain Call, a Hopewell, Maryland, movie colony retirement home, decide to make Christmas memorable. Motivated by the need to encourage residents to have the will to live through a season that is as challenging as joyful for the elderly and lonely, and also by the wish to integrate the retirement home into the village better, Brenda and Charlotte decide to bring in best friends and favorite relatives for each resident for a surprise Christmas Eve party. The plans are heartfelt, but they also are ambitious, and the weather has plans that challenge them at every step. Will Curtain Call get its Christmas miracle?

Prospects were looking up for the Christmas festivities at Curtain Call for the next ten days. Plans were falling into place. It was like someone up there was looking out for them after all.

Charlotte didn’t have the flu; she was just run down from the concern with little working out right up to that point and with Brenda having the flu. It was just a head cold that was gone in a week. Chance and Marilyn were a big help, and their presence, as always, was both calming and helping to bring humor back into the process, which had been challenged because the usual cheerleaders were Evonne and Brenda. Evonne had been stretched to her limits—everyone being surprised that the woman actually had limits—and Brenda had been physically miserable and separated from everyone but Charlotte.

It’s always good to have both a doctor and a minister in the house. Bea and Zenna were getting along famously and turning out some of most tantalizing savories and sweets for the party. Evonne—a constant blessing herself and having gotten a second wind when the problems began turning around—had shipped in another generator, which was hooked up to the storage building with the extra freezers in it. So, there was little chance now that what Bea and Zenna were stashing away for finishing off later would be ruined.

The Vales had assigned housing in the village for all of the visitors expected to come from out of town. And the movie connections of many of these folks had put stars in the eyes of the villagers. There even was a slight chance that the guest house would be finished in time—the furniture for it was in a warehouse in Baltimore, just waiting to be put on trucks. The residents of Curtain Call were being enlisted to help decorate Curtain Call for Christmas, and, all but The Terribles, who were grousing when someone was looking, but putting another ball on the gigantic tree in the morning room when they didn’t think that anyone was watching, were having a ball, not thinking of their infirmities, and, only in moments of weakness, were worrying about surviving into the new year.

Although the residents were told about the party, set for Christmas Eve, and nearly all that was planned for it, and were told that there was a special surprise, they weren’t told that the surprise was that each of them would have at least one “best friend” visitor from the party through New Years. Evonne and Dr. Stanton had agreed that telling them of this beforehand would excite them too much. The downside was that The Terribles spent the time throwing out all sorts of disgusting possibilities of what the “surprise” would be, and the other residents—and certainly Evonne’s staff—got a little excitable about this razzing.

And it was good they hadn’t made promises on the surprise, because on Friday, the 18th, the weather asserted itself again. It began to snow that night. It came down so fast and furious that the pastor of Charlotte and Brenda’s church, Don Dunkel, canceled church services on Sunday. This had almost never happened before. He did, though, trudge to Curtain Call in the snow and hold services there, with the singing of Christmas carols.

The snow continued into the week. When Billy Zirkel delivered fuel for the generators on Monday, he warned that that was all he had on hand at the village’s gas station and that everyone should pray that the electricity didn’t go out village wide for any length of time. He possibly should have suggested that be covered in prayers on Sunday, the previous, day, because it did go out Monday night. He’d told Evonne he thought the generators could run on what they had for two days, thus until sometime on the 23rd. The party was on the 24th. 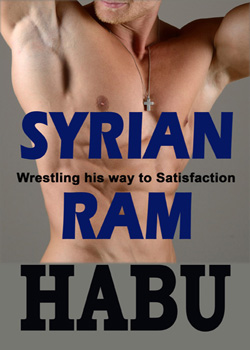