Edwin Carstairs travels to Liverpool out of duty only to discover desire in the arms of the wildly sensual Ophelia Jones and her darkly exotic employer known simply as Hamlet. When a vampire hunter threatens to destroy Hamlet, the three lovers’ blood bond is tested. Will Edwin be able to save his Kindred sire and return home in time to see the 1904 World’s Fair? 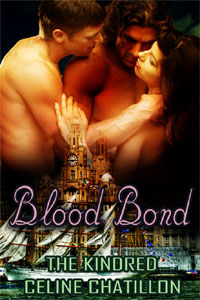 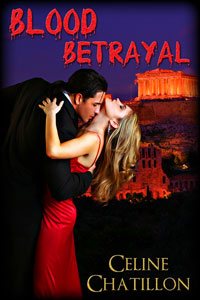 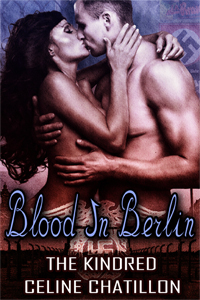 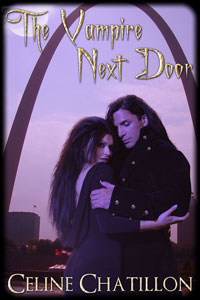 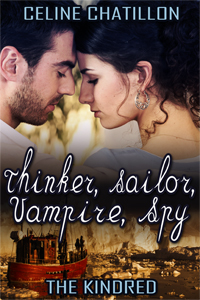 “Relax, it only hurts a little,” she murmured in Edwin’s ear as she stroked his head and shoulders from behind. “What you feel later more than makes up for it.”

“But will I…will I have to drink blood after I am…initiated?”

“Don’t worry, Edwin. I promise it will be many years before either you or Ophelia will need to seek your sustenance in such a manner.” Hamlet kissed his cheek. “Are you ready?”

Edwin nodded. Closing his eyes, he turned his head slightly to give Hamlet easier access. He felt a momentary pinch and then…

Ecstasy! Overwhelming warmth flooded his veins as colors exploded in his mind and a feeling of euphoria lifted him from the bed to the skies. He was flying free from the confines of his body. He soared above the clouds…heading into the stars.

“Wonderful, isn’t it?” Ophelia giggled and clapped her hands. “I wish I could experience it more often, but Hamlet says it’s even better once you’re on the receiving end.”

He opened his eyes slowly. Still light-headed, Edwin observed the gaze of mutual pleasure in Hamlet’s dark eyes. His sensual lips glistened with tint of red. Instead of horror or aversion, Edwin felt complete peace and contentment.

“Thank you.” Without hesitation Edwin pulled Hamlet lips to his and kissed him.