An Apple A Day

Lauren Mills has never gone home with a stranger, but she cannot resist the handsome man who has just rescued her from her cheating ex-boyfriend. Something in Sawyer Scott’s eyes touches her heart and sets her body on fire. But she knows it can only be one night. Her life, delayed by the tragic death of her parents, begins in the morning in a new city, a new house, and a new job. Can she let go of her past? Can she open her heart to a new future? 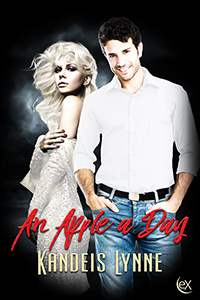 An Apple A Day

More From Reading, Writing, and Erotica 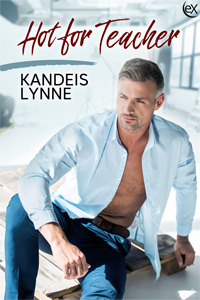 “Come on. We're going to be late. Matt’s set starts at eight.” Dani Alonzo drummed her manicured nails impatiently on the stair banister.

Lauren Mills sighed and mumbled, “I'm coming. I'm coming.” Pursing her lips, she quickly applied a coat of pale lip gloss. At the bottom of the stairs, she checked her blonde hair in the mirror a final time. Her straight ash blonde hair was twisted in a classic, casual chignon. Her high cheekbones and blue eyes needed little in the way of cosmetics. She only wore makeup to make herself look older. At twenty-four, Lauren could have easily passed for sixteen. Lauren remembered the times her mother had promised you'll be glad you look so young someday. But Lauren was seldom glad to look so young. She wasn’t taken seriously. The boys who asked her out still had acne, while the men closer to her age assumed that she was jailbait and off limits.

“You look perfect. Now come on,” Dani teased. “This is our last chance to go dancing before you start your new job.”

Pausing to hug her friend, Lauren promised, “It’s not like I’m moving to the moon, I’m only going to be a few hours away. We can still hang out. I’ll come back to visit, and you can come stay with me anytime you want.”

“I know, but it just won’t be the same,” Dani declared with a sigh.

“Look at it this way. You’ll always have a free place to stay at the beach.”

She and Dani had been best friends for as long as she could remember. When her parents had unexpectedly died in a car wreck when Lauren was only seventeen, the Alonzos had taken her in. They were closer than sisters. Lauren looked at her best friend and felt tears welling in her eyes. Am I making a mistake moving away? She had worked hard to get her teaching credentials. Her dream job was waiting a few hours away. She knew she had to go, but she would miss her friend desperately.

Lost in her own thoughts, Lauren was startled when Dani asked, “Do you think Nick will be at the club tonight?

He was another reason she had to go. Nicholas Weaver has been the love of her life for the past four years. She had always assumed they would get married and have beautiful fat babies with his dark hair and her big blue eyes—that was, until she had found him in bed with the red-headed cashier from the Quickie Mart three months ago. Quickie, indeed. Friends had been amazed at how well she had handled the situation. She hadn’t raged. She hadn’t screamed. She had just calmly told him to get his things and leave. She had refused all his attempts to talk to her. Dani had been the only witness to her true fury as she smashed everything Nick had ever given her. And when she had collapsed in gut-wrenching tears on her couch, Dani had quietly swept up the glass, torn photos, and eviscerated stuffed animals.

“God, I hope not,” Lauren swore aloud. She wanted to believe that she was over him, but that didn’t mean that she was ready to come face to face with him.

The club was crowded by the time Lauren and Dani weaved their way through the bar to order drinks—a margarita on the rocks with salt for Lauren and a rum and coke for Dani. Predictably, the bartender carded Lauren. Dani hadn’t been asked for identification since she was fourteen. Big breasts and a curvy figure made men automatically assume she was older. Lauren was prepared and handed over her driver’s license.

Gesturing toward the rear of the club, Dani shouted, “Hey, I see a table in the back. I'm going to go claim it before someone else does.” Lauren gave Dani an okay sign as she began to negotiate her way through the crowd.

“Here you go,” the bartender announced, sliding the two drinks across the bar.

Balancing the two drinks and basket of pretzels high above the surging mass of people, Lauren made her way to the small table. Laughing, she shouted, “Good grief. It's a madhouse in here tonight.” But Dani’s response was lost as the band began to tune their instruments.

Matt Marsh bounded onto the stage to the cheers of the frenzied crowd. He was a stereotypical beach boy right down to his board shorts and Hawaiian print shirt. His band, Squirrel Army, covered beach songs by artists like Jimmy Buffett, Bob Marley, and The Beach Boys. The band was popular and was booked months in advance. Matt was doing well enough to have bought the flashy diamond engagement ring that sparkled on Dani’s left hand. While he wasn’t Lauren’s type, he was exactly Dani’s type—tan and muscular with the blatant sexuality of a rock star. Nonetheless, Lauren really liked Matt. He was sweet, kind, and completely devoted to Dani, and that was good enough for her.