Kas Skoros, his marriage to Alex’s former fiancée now annulled and no longer intimidated by Athena’s psychic gifts, begs her to move to San Francisco and manage an art gallery that his family’s company owns. However, burned once, Athena holds him at arm’s length.

Athena is enticed to consult in another serial killer case. As time passes and secrets are leaked, others—including the killer’s brother—find out that Athena is the one who’s helping the police. Meanwhile, a strange young woman on a motorcycle appears to be stalking her. Warning bells go off as Athena realizes the woman is not who she seems to be. 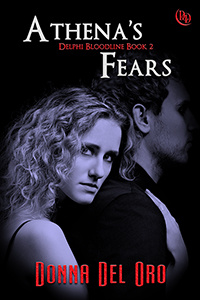 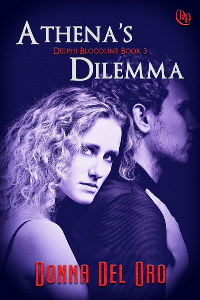 A memory surfaced as the cool air whipped his long hair about his face. Huh, his new face. He’d been pumping into a whore, one of the Amsterdam whores he’d chosen. She’d thought she was doing the poor tranny a favor. One last fuck as a man before he crossed over—ha. The bitch’s eyes had popped open with shock when he plunged in the icepick. Her mouth, lips smeared with red lipstick, sucked air like a damned fish sucking O’s. Funniest thing he ever saw.

His new disguise always caught the bitches off guard. She’d looked at him with amusement, even a hint of sympathy when he dropped his pants. Like life is a bitch. We’re all in this damned mess together but I’m sure as hell not as screwed up as you. She liked the fact that he could screw like a male. Something new for them, kissed by a bitch but screwed by a man. At the same time! Crraa-zzee.

He was imagining now the feel of his hand on the hilt of the icepick as he’d jabbed it into flesh and tissue. Felt the scrape of metal on bone as he thrust it upward with all his force. That always jarred him, like hearing nails scraping a chalkboard. The stab was heart-stopping, but for him it was a huge turn-on. The thrill made him harder than a steel rod, so he always kept on pumping. His climax always came right after. Like an explosion—one life ending, another recharging.

With one hand off the handlebars, he touched his chin. The feel of it had changed. His face, his smooth cheeks, all had changed in Amsterdam. That doctor had remade him, damn him! Now he was an effing freak, male from the neck down and a weird looking broad from the neck up. He even had to cover up his Adam’s apple. No cosmetic surgeon was going to touch that.

But the facial surgery was necessary. It had made it possible for him to return to the States and to his brother. According to his smart-as-hell brother, no EuroPol or cops’ facial recognition software would pick him out of a fugitive database. His brother, the only person in the world who cared whether he lived or died. A fake passport and money from his brother had done the rest.

Amsterdam turned out to be a blast—that was the kicker. But things were getting too hot there. He’d finally made it home, after two terrible years wandering from South Africa to Europe.

Not his fault that he’d learned some new skills along the way, like how to jab an icepick through the rib cage directly into a bitch’s heart. It was quick, easy, and the look of surprise on the cunt’s face always gave him a thrill. Easy, just find the bottom of the rib cage and move your thumb up two ribs. Thrust upward. All the way to the hilt of the icepick. Like that last time he used this new skill in Amsterdam. Red light quarter where anything was allowed—ha ha, even murder. But now he had to control those impulses, now that he was back. Gotta stay out of trouble. Least, for a while.

Yet the old excitement was back—the thrill of the hunt, the explosive high he got was better than a rush from a meth hit. Even with the cool air in his face, his body pounded with the heat of excitement. His brother warned him to lay off the dope, and he did. He said to lay off the thrills, too. But he wasn’t sure he could do that. Not for long, anyway. No way.

Not his fault, anyway. He was wired for the thrills of hunting and killing.

The rush of air in his long hair cooled him a bit as the memory receded. Night air.

Tonight, his face was covered by his helmet’s tinted visor. He loved to ride at night between the hours of midnight and four in the morning. Up and down the vacant streets of the city. The only humans out this time of night were like him. Predators, lone wolves, misfits looking for trouble. Even the cops avoided this neighborhood of shabby tradesmen’s shops, run-down apartment buildings and flop houses that rented by the week and day. One of them was his crash pad. Just temporary, his brother said. Until they could make plans and get away. Get out of DC. Find some hick town where no one knew them.

He laughed out loud as he slowed and turned at the lighted street corner, hugging the asphalt as he tilted his bike dangerously close to the road. Yep, all this was temporary, and then they’d disappear like ghosts in the night. Ha, ha.

Ghosts in the night.

He cocked his head and swept a lock of long dark brown hair away with his gloved hand as he pulled up to the curb. Time to sleep. Then tomorrow he’d look for a job where he could blend in. And he knew just the place.

Athena awoke with a gasp.

That was all. Then blank darkness. The channel closed. Like wind sucking out through a tunnel. A dank, putrid smell faded as well. Then nothing. Groggy with sleep, she pondered what had just happened.

The Flow’s channel had opened, allowing her mind to enter another’s. But this mind was dark, ferocious, sick. Boiling over with vengeful urges. She realized it was a man’s mind, a disturbed mind. He hated women, that was apparent, but why, she didn’t know. A chill ran through her, making her skull shiver with dread. Were their paths about to cross? Good God! Was the Flow warning her? Her pulse began to pound. Bargaining, even pleading with The Flow didn’t help. Wanting a way out of the man’s black, murderous thoughts made her subconscious beg for mercy.

She called out in her mind, Kas!

In the dark of her bedroom she finally opened her eyes. Furniture emerged as shadows in the dim light from a plugged-in night light. Automatically, her hands fluttered over the bed covers, searching in vain for the human touch which was necessary for her clairvoyance to open the channel. No one, nothing except the dark mound on the opposite side of her queen-size bed. Dan was sleeping.

A moan escaped her open mouth. She would have to let The Flow do its thing, take over her mind. When Athena was asleep, she couldn’t conquer it, not like when she was awake and her conscious mind could willfully close the channel. Now she was at the mercy of The Flow’s power.