Nikki Nolan’s six-year-old niece vanishes while at the International Marketplace in Honolulu and Mark Wheaton, one-time bad boy of Waikiki Beach, has the chance to become the hero, find Emily, and win Nikki’s heart—if he can overcome his self-centered past to rise to the occasion now. Mark has stepped up to the plate for the wedding planning, but he leaves a trail of broken hearts behind him. Can he overcome his bad boy reputation to become the hero Nikki needs and wants?

Nikki Nolan is nobody’s fool. She is teamed with Mark Wheaton to co-plan her younger sister’s wedding when the flower girl, her niece, vanishes. As she and Mark plan the wedding of the century in a mere two weeks, how can she keep her heart safe from Mark’s charm when it’s split in two by her missing niece? 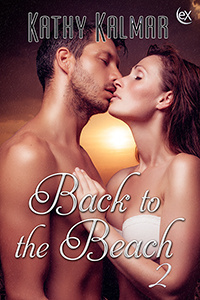 More From Back to the Beach 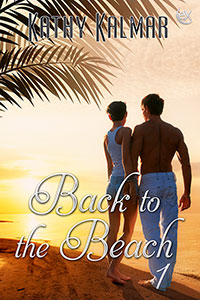 Nikki Nolan was out of her mind with worry. Automatically, she grabbed her sorta boyfriend Mark Wheaton’s hand, seeking comfort that touching him provided. Her niece, six-year-old Emily Michaelson, had vanished somewhere within the pathways of the International Marketplace. One minute she was there, the next gone without a trace. Nikki chewed her underlip until it was raw and about to bleed as the whole family fanned out to search for Emily, combing anywhere she might have gone.

“How on earth did this happen?” Caren, Nikki’s anguished sister, cried. “There’s so many of us to keep an eye on her.”

“That’s exactly how it happened,” Gus Weaves commented. “Everyone thought she was with someone else.”

“Reminds me of Jesus,” his wife Daisy said, “when he was lost in the temple. What I’m trying to say, dear, is she will turn up. We have to have faith. The same faith Joseph and Mary had when Jesus was lost for three days. We’ll find her.”

They split up into groups, each getting an area to search. They felt it was most likely that Emily was still somewhere in the Marketplace.

“What if…” Caren murmured, sounding worried.

Nikki and Mark searched the Marketplace on Kalakaua Avenue. This time neither of them paid any attention to the street performers. Wandering throughout the maze of carts and vendors Nikki felt like being inside a nightmare. A living nightmare. Mark had his phone out, peering closely at Emily’s photo.

Nikki was pleased to hear that but… “What does that have to do with this?” she asked.

“Don’t you see?” he said. “Candy Cat is in this picture with Emily!”

They searched every possible place a cat might be and then, from beneath the giant banyan tree, Emily emerged with a kitten clutched to her chest.

Mark lifted Emily, kitten and all, into his arms.

Nikki was crying and kissing Emily at the same time as Mark carried her out of the Marketplace.

The meowing cat caused Emily to ask, “Can we keep baby Candy Cat?” she pleaded.

At this point, even the no-nonsense part of Nikki wanted to grant Emily’s request.

Using her cell phone, Nikki called the others. Everyone congregated outside The Crazy Cat Tee Shirt Shoppe.

Mark handed Emily over to Caren and Chance, then slipped silently from view. Returning a few moments later, he handed a shopping bag to Emily. Inside was a crazy cat tee shirt with the famous Kliban Cat on it, saying Lost and Found. The fat cat was holding up a fish.

There on the busy hustle of Kalakaua Avenue in Honolulu, Nikki fell in love with Mark. She turned to him and kissed him with all the passion she felt, right there in front of The Crazy Cat Tee Shirt Shoppe. “Thank you. You really are my hero.”

Nikki joined the others, laughing with relief as the hungry group headed to the condo. The family didn’t want to spend another minute on the streets, world-famous restaurants or not.

She heard Mark call ahead to order a pizza for them, to be delivered to his place where the family was staying.

“ By the way, I’ve done many firsts with you and this is another.  I’ve never cared so much for anything or anyone before either,” Mark said, clearing his throat.

They saw the family off, and when they were out of sight, Mark led her several blocks down before they mounted steps taking them to the Top of Waikiki, a revolving restaurant high above the city where Nikki ate her Baked Hawaiian and Mark had his Scotch neat and straight up. No Mai Tai that night. As she feasted, she said, “It’s official.”

He made the shaka sign.“No worries. Hang loose.” He smiled and downed his Scotch.

Nikki glanced out the window of the restaurant high above the beach, which revealed the magic of the city below. The stars sparkled above while the twinkling lights below cast their soft glow. God was in His heaven, and all was right in their world.

They left the restaurant and crossed the street, walking the beach lit by tiki torches and moonlight, kissing their way back to the Moana Hotel.