Wheeler has killed. A dozen times he’s killed. He didn’t get to choose his victims. He didn’t know how they were picked. As his former masters go on trial for conspiracy to murder, Wheeler is watching. All he needs to do is protect his new identity and stay out of the crosshairs of Det.-Sgt. Roger Hickey, who is determined to find the one who got away.

But even the best-laid plans can go awry. 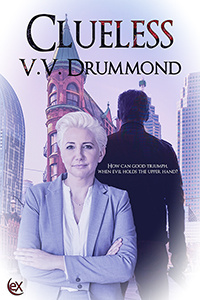 Looking across the peaceful valley of olive trees and vineyards, Wheeler asked himself again what did he really know about Malvolio. That he was devilishly good at Italian skittle pool, he knew that. They'd played cinque birilli often enough at that bar in Toronto's Little Italy between jobs, Malvolio sometimes letting him challenge but always making sure he saved something clever to put the game away, like a masse shot on the castle.

The only other thing he knew was that the man had always been particular about Castelventrano olives, even placing orders in the old days for direct shipments from home. And that was what had brought Wheeler here on nothing more than a hunch, to the Belice river valley in the province of Trepani in western Sicily. The Castelventrano olive was most famously grown here.

Wheeler had put his odds of finding Malvolio on that slim evidence at maybe a hundred to one, a needle in an Italian haystack. But his exile was coming to an end and he knew he had a question that only Malvolio could answer.

How do I get away with murder?

The warm air smelled faintly of almonds and fennel but what held Wheeler’s attention were the legions of gnarled olive trees standing sentinel on the far hill, arrayed in haphazard rows, their thick trunks frozen in bizarre twisted shapes as if they’d been storm-tossed for centuries and suddenly commanded to stop. His Sicilian driver referred to them as Saracens, inherited from the Arab rule in Sicily in the ninth century, meaning these ones were probably hundreds of years old and still productive. In a few weeks nets would be spread at their feet and the olives picked by hand. The trees reminded him of Malvolio, the venerable, worldly-wise warrior who had taught him so much. He, on the other hand, was more like the young green vines staked in neat rows in other fields in the valley, their grapes not yet bearing any vintage.

“Salaparuta,” the driver said, pointing to the collection of buildings they could see across.

Wheeler thought perhaps he had lucked out, his hunting instincts paying off against the long odds. In a few minutes he would know for sure, over there in that little village.

Even though they’d once been student and teacher, Wheeler had never known Malvolio’s real name. Mafiosi, he knew, usually retired to their birth towns but a man like Malvolio, a killer with a past, would not want to use his mob name here. Wheeler had flown in from Rome nonetheless and within two days had found a bar in Castelventrano where old men played skittle pool.

He told two of them in halting Italian that he was looking for someone their age who spoke good English, a big man but light on his feet. “You would know him by the way he plays with a special left-handed spin, the kind that gives him advantages with the battente when snookered.”

“This man,” the one who looked like he had old knife scars on his face asked. “Tell us why you want to see him?”

“A friend from the old days,” Wheeler said. “Toronto.”

Scarface gave him a long, hard look. He conferred silently with his friend, who gave Wheeler an even colder glance. They made him wait for his answer.

“There is such a man, named Colletti. Lives near Salaparuta, where he tends his olives and keeps a stall in the market behind the church on Sundays.”

Church bells were ringing across the valley, signalling the end of Sunday mass. Salaparuta had been destroyed in an earthquake in 1968 but was rebuilt half-way down the hill, so all the sharp-angled new buildings now gleamed like implants on the lower jaw of Salaparuta while the upper featured just the decayed stumps of the old, medieval structures too badly damaged to be worth restoring. Many in the town of 1,800 probably knew of the earthquake only by what they could discern in the devastation it left behind, up there on the heights, where the biggest stump was a crumbling, abandoned castle, still sitting watch over the valley.

Will Malvolio know I am coming? Did those men in the bar send word that someone from away was looking for him?

“I suppose you wouldn’t go looking for Mafiosi in this valley, would you?” Wheeler asked jokingly as his driver turned the Fiat down a wounded road.

The man stared back at him in the mirror. “No, my friend. Sicilians are clannish and territorial, and they look after their own. Stranieri looking for them are especially marked, since they might have old grudges to settle.”

Wheeler knew he had no choice. While it was dangerous looking up soldatos like Malvolio in Sicily, it was not as dangerous as what awaited him back in Toronto―those detectives who must be on his trail, or the woman he made the deal with who knew him that other way.

The market was crowded, with many people still in their church finery. Stalls teemed with grappa, olives, zucchini the size of a child’s arm, pasta, grains, and artichokes still attached to their long stalks. Wheeler strolled once around the small square, then once the other way, but he did not find an olive stand presided over by Malvolio. He stopped at a food vendor and waited in line for what seemed like the most popular choice for breakfast, something that looked and tasted like veal, deep fried and infused with risotto balls. He ate it with his fingers off a paper plate, standing up like everyone else.

He thought how improbable it was that Malvolio could be found here. For years, he’d been chief enforcer of the Mafia in Toronto and Buffalo, a grim and efficient killer with an iron-clad modus operandi. He’d turn up for work in two-thousand-dollar suits and always seemed to be immaculately groomed and impeccably mannered. Only those flinty eyes and ice-cold demeanor gave away his sinister purpose, that look he must have reserved for his victims as he placed the barrel of a pistol against their temple.