The Ages of Grace

Only eternal love could cause an angel to reject immortality and fall from grace.

An angel’s passion is endless, as is a demon’s vengeance. When the two collide, hell is unleashed upon Earth.

Alexi, the human son of an angel, finds himself unwittingly drawn into a raging battle between good and evil. After his arrival in Saint Petersburg, as he falls in love with Ekaterina, the daughter of a Russian aristocrat, both of their lives are jeopardized. Only by exiling his son and the woman he loves to safe haven in time, past, present, and future, can the angel attempt to keep them safe from a demon hell-bent on destroying them out of revenge.

From the times of Imperial Russia prior to the First World War, the lovers travel back in time to the American Civil War. Yet war, itself, is hell and neither will find safety in that time. They continue on to early 20th Century London as threats against them intensify. Love, though, is eternal.

PUBLISHER NOTE: All characters depicted in this work of fiction are 18 years of age or older. Historical Paranormal Romance. M/F Romance. 49,500 words. 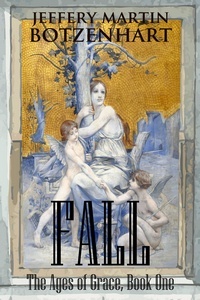 The Ages of Grace

More From The Ages of Grace 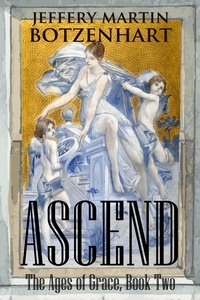 “Are they safe?” Igor pleaded for the answer from the red angel whose council he had sought out once more. As from before, they sat across a table from each other within the small candle-lit room. A subtle flutter of the angel’s beautiful wings proved his only movement.

The angel’s voice was comfortingly deep and cast off no expression or emotion. “They are safe . . . yet . . . there were complications.”

Igor grew panicked by this revelation.

The angel continued, “They have found exile within the ages of grace . . . as I once did.”

Igor recalled the discovery of ancient scriptures telling of the Ages of Grace, when he labored as a young scribe in a remote monastery far away in Siberia many years ago. Grace, he recalled, could be thought of as the favor of God, manifested by the bestowal of blessings. Angels, the embodiment of his divine grace, are in essence God’s spiritual messengers.

Yet at times, the faith of angels is tested. Many were once human and prone to yearn for the mortal life they had. So, God releases them from their Heavenly bonds by allowing them to fall from grace and for a time abandon their immortal blessings.  For the angels, this becomes a rite of passage.  They may wish to fall into the past, the present, or the future, as time is infinite. There they find the fruits of their desires.

As time itself is a blessing, the years these angels fall to are immersed in God’s grace and are known as ‘the ages of grace’.  And should the angels’ wish for a mortal life fade away in favor of returning to Heaven, they are welcomed back with open arms and without penance, for God is always forgiving. This is his ultimate blessing, his eternal grace.

“Into exile, they have passed to havens in time that are safe, for now,” Yuri continued. “However, they are not together. For a time, they will be lost to each other. Yet she is bound to him, for she did not release Alexi but rather cast her fate with him. In time, they shall be together again. The perils they face will be great, for Zander’s legions are endless.”

“And what of Zander?”

“I destroyed his angelic essence, never more to be an angel. Yet by the will of his descent into darkness, Satan allows the consummation of his rage to linger in the shadows where he will regenerate as a demon. Once his transformation is complete, his vengeance will be swift and severe. As a demon, he cannot kill humans, only injure. To carry out his death sentence against my son and Ekaterina, he will need human hosts to possess. Only then will he be capable of exacting his revenge upon them.”