He Shoots, She Scores! (MF)

Cindy finally has the opportunity to score, but will it go in?

Cindy Most has turned her life around, but she hadn’t bargained on loneliness as a consequence. While her friends enjoy new and casual relationships on a regular basis, Cindy is left to wonder where she went wrong.

But the perfect man has caught her eye, and she plots a strategy to corner him. Good-looking, smart and funny, Mark Wiltshire was a confirmed player, but the knowledge only made Cindy more determined to net herself a one-time encounter.

When he invites her to a football-related party one Saturday afternoon, she runs with the ball, determined to finish the day in his arms, whatever the penalty. 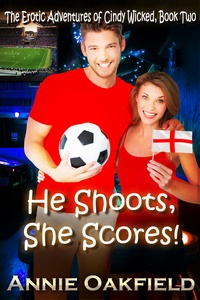 He Shoots, She Scores! (MF) 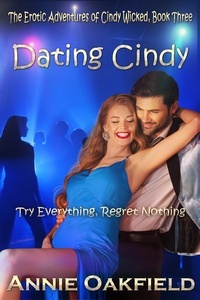 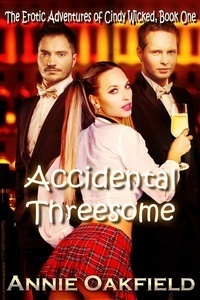 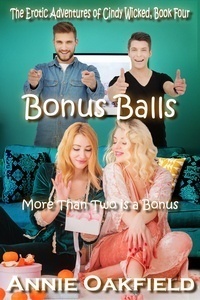 “If you keep doing that,” Mark warned. “I’m going to fire off early.”

With her eyes still on his face, Cindy chuckled and continued stroking his stiff shaft. She pumped him firmly, twisting her wrist as her hand moved back and forth.

“Mm-hm . . . ” She pumped her hand even faster; his hips started to tilt. She lifted her free hand to cradle his balls, rolling them around carefully as she stroked his cockhead.

His shaft was hard and hot in her blurring hand.

“What, what did you say?” Mark asked, peeling open his eyes.

“Pishoo!” Cindy mumbled, struggling to keep her lips closed. Her chin was a sticky mess, and now her fingers were coated with the thick and slippery goo.

“You want a tissue?”

“Sorry, sorry. Here!” He tugged a wad of tissues from a box beside the bed and handed them to Cindy. He pulled more out, then pressed them to her neck. “Hell, it’s gone everywhere.”

“There was a lot of it, wasn’t there?” he conceded.

“You’re secretly pleased with yourself, aren’t you?”

“Maybe.” He shrugged. “I did warn you I’d come if you kept doing what you were doing to me.”

She nodded. “You did warn me.” Her gaze found his still-swollen cock. “Now, is that monster ready for more?”

“I’ll be right here,” she reached between her legs, “warming up.”

Mark was back within a minute. Cindy rolled onto her side and propped up her head with a hand as she watched him open the square packet, then withdraw the latex condom. He almost dropped it.

“Slippery, aren’t they?” he commented.

She rolled onto her back and beckoned to him. “Come here, big boy.” She spread her legs wide and used her flattened hand to stroke her slippery lips, parting them with her fingers. Mark smiled and shuffled himself between her knees, then settled on top of her, pressing his lips to her neck. His weight pressed her into the mattress, effectively trapping her. But being pinned down thrilled her on a primal level, as did the length of rubber sticking to her upper thigh. It was only an inch away from touching her sensitive lips. Even through the rubber, his erection was hot.