Over the Thanksgiving break, a musician takes a holiday from his musical education but receives a schooling in romance from a high school crush. 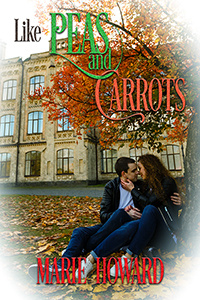 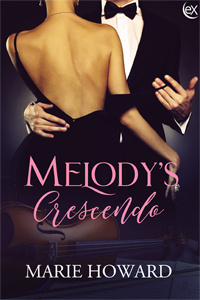 Just being back in West Bristol raised Mike’s anxiety level. He’d been away for more than six months this time, and his mother was hounding him to return for a visit. He had a few days off before and after Thanksgiving, so it was an inescapably convenient time for him to come home. He sat in the kitchen, watching the familiar clock tick away the minutes until he could return to his life at school. He was in his second year of college, studying music performance. He’d only moved two hours away, but university was an entirely different world.

Every day was filled with music, diligent practice, and raucous fun. No longer was he a weirdo outcast, doomed to sit quietly alone in his room listening to music that nobody his age liked, or playing video games that nobody else seemed to care about. He was accepted, even celebrated. People wanted to be seen with him. He had social status. But here? Here he was still Weird Mike. As the clock ticked, his mother rushed around the kitchen, scrambling to prepare dinner.

“Do you need any more help?” he asked. He mentally crossed his fingers, hoping she’d say no and that he’d be free to do anything but be here, in this room.

“Could you hand me those potatoes? Then I should be all set.”

He did as she asked and scrambled out the door before she could change her mind. On the way out, he grabbed a battered black case with his name stenciled on the side.

He carried his violin out to the barn. With the case in one hand, he carefully climbed the ladder into the second-story hayloft. When he was in high school, he’d spent hours practicing here. The hay kept the loft at a steady temperature, insulating the walls from both summer heat and winter chill. The warmth from the cows below chased away the air’s chill, and their calm moos wafted their way up to him. The bovine smell was heavy in the air, but mingled with the thick smell of straw and hay around him, not entirely unpleasant. The rosin which he stroked on his bow added a rich and bitter tang to the swirl of smells. He drew the bow across his strings and let his eyes close.

Scales filled the loft, absorbed by the hay around him. He sat on a bale, sharp blades poking through his jeans. He’d be itchy later, but now, he only itched to play music. He moved on from scales, then through a few pieces he’d be presenting in his Baroque class next week. Setting the violin beside him, he pulled a few pieces of staff paper from his backpack. His scrawly handwriting filled the margins, notes scribbled and erased and redrawn all over the sheets. At the top, it read Pet, Perfect Circle. He was working out the melodies from memory. The industrial music was tough to parse out, but he was muddling through. He made a note on the paper, then picked up his instrument to try the next phrase. The notes flew from the violin sharper, angrier. He poured all of his discomfort at being back in West Bristol into his work.

Boots thudded on the ladder to his sanctuary. His brother Charlie’s head poked into view. He was only a year older, but seemed to be a grown man to Mike, ever since they were kids. Charlie had a loud sense of humor.  He loved sports and the outdoors as much as Mike was reticent and loved the arts.

Charlie frowned. “You know you can just look that up on the Internet, right?”

Mike stared at his brother, trying to keep his face expressionless. “Where’s the challenge in that?” he asked. “Let me get back to it.”

“Mom said dinner’s almost ready. She sent me to fetch you.”

“I’ll be there in fifteen minutes.”

Mike’s irritation turned to anger. He didn’t want to be here, a place where nobody understood him. He wanted to be back at school, where at least if people didn’t understand him, they understood his love of music.

Mike settled his violin into its case, seething with barely controlled rage. Charlie was still watching him, staring at him.

“Yeah, okay. I was just looking at your violin. It’s…nice.”

“It is nice, Charlie. It’s the nicest thing in my life, and I have to put it away now to come to dinner.”

Charlie’s brow furrowed. “You don’t have to be so mean. We’re not the enemy.”

The words hurt Mike’s heart, but he was committed to being surly. He said nothing.

“I’ll be down in a few minutes,” he mumbled.

Charlie retreated down the ladder.

They sat around the familiar wooden dining table. Mike and Charlie’s mother spooned peas from a large blue-and-gray crock-ware bowl onto her plate. Baked chicken and mashed potatoes sat steaming in their respective dishes on the table. Their father was nowhere to be seen. Finishing chores, Mike presumed. A light pang of guilt for not offering to help fluttered through his chest.

“How’s school?” his mother chirped, spooning even more peas onto the growing pile on her plate.

“It’s okay.” He prodded the mashed potatoes with his fork. After so many months of enduring dorm food, now that he was home facing a plate of his mom’s home cooking, he missed school so much he couldn’t eat it.

“I heard Andrea Randall’s back for the holiday.”

Her voice was casual, but her statement held a teasing note. His fork froze midair. Andrea—or Andi, as he knew her—had been in the high school band with Mike. He’d harbored a ferocious crush on her for the last two years of school. He could count the number of their interactions on a single hand, but he could recount those interactions down to the most minute detail.

Charlie grinned and scooped up a forkful of potatoes. “She’s still cute, too. I saw her at the store.”

Trying to be casual, while his stomach twisted into knots, Mike said, “Oh, is she staying with her folks?”

“I don’t see why she wouldn’t be.”  His mom exchanged a knowing glance with Charlie.

Mike kept his eyes fixed on his plate. He felt his cheeks go red, but he was suddenly famished. He started to attack his dinner with great gusto, as if he were enjoying a final meal before embarking on a grand journey. He knew where she might go tonight. He felt it in his bones.