Love in an Elevator (MM)

Hayden Perry moved to Landown two and a half weeks ago. He was excited to get the event planning job he'd applied for, but apart from bumping into a cute guy in the elevator, things don't pan out the way he'd hoped. His boss is an ass and his co-workers are idiots, but as much as he dislikes them, he can't afford to quit until he has another job lined up.

Corey Hope's school years sucked. With a crippling stutter, he was easy prey, and despite being grown up, his bullies still haunt his nightmares. After he left school, he gave up on trying to talk, and communicates solely through sign language and written text. It works great even though he wished he could say something when Hayden flirts with him in the elevator.

Hayden does his best to catch Corey in the elevator as often as he can, and he thinks they might have something, but it all comes crashing down when Corey sees him having lunch with his colleagues. Corey might be drawn to Hayden, but seeing him with his school bullies has old memories washing over him. He won't let them hurt him ever again, and he'd rather forget about Hayden than risk Hayden hurting him.

How will Hayden convince Corey he's nothing like his colleagues when Corey refuses to see him? 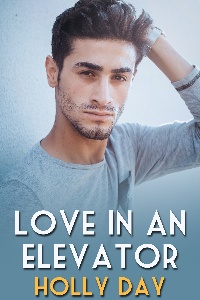 Love in an Elevator (MM)

Hayden was turning into a stalker. Four days had gone by, and he hadn’t seen Corey a single time despite having checked his mailbox ten times a day. He’d made sure to be in the lobby at times when people normally got off work, but no Corey. Considering he’d met him in the middle of the day when he’d spilled coffee all over himself, he probably didn’t work normal hours -- whatever that was nowadays.

Maybe he worked the graveyard shift somewhere. Hayden drew a blank when trying to guess what kind of work he’d be doing. Nurse maybe? They worked nights, and he had been looking tired when he’d gotten his mail. Maybe he’d recently woken up. The image of a sleep-warm, newly awaken Corey had heat spreading in his gut.

For the third time today, he took the stairs on the way down. Walking down four floors wasn’t too bad, and he got to pass Corey’s apartment. Or not pass, but he could see his door from the stairs, so he walked as slowly as he could and often stopped to check his phone and read a few news headlines.

Corey had smiled at him, but he hadn’t said anything to indicate he wanted more to do with Hayden than bump into him in doorways, and even that might be more than he wanted. Come to think about it, Corey hadn’t spoken at all.

Hayden frowned. He had to have said something. Surely, Hayden hadn’t talked so much Corey hadn’t gotten a single word in. He lingered right above Corey’s floor, wondering if taking a five-minute break half a flight down from his floor was illegal. Taking a break wasn’t illegal, but taking it on the same step ten times a day wasn’t sane.

When the sound of a door opening reached him, Hayden almost jumped out of his skin. It was what he’d been waiting for, hoping for, but now guilt washed over him. He truly had turned into a stalker. Holding his breath, he listened for voices, but there weren’t any.

Striving for casual, he jogged down the last few steps until the corridor of doors on the third floor became visible. A young woman was exiting Corey’s apartment. Her long chocolate hair reached halfway down her back, and her hands flew through the air as she gestured. She didn’t make a single sound while Hayden stared at her.

The world came to a stop. Corey was deaf?

A second later, Corey followed her out. Hayden stood stock still, hoping they wouldn’t see him. If he didn’t move, they might not notice him.

Corey had his keys in one hand, and closed the door, but didn’t lock it. He must be planning on coming back shortly.

As they went into the elevator, Hayden ran. Could he beat the elevator to the bottom floor? Rushing down, he grinned when he spotted an old woman sitting on a red rollator while waiting by the elevator door on the second floor, and hurried along.

He reached the bottom floor before the elevator and rushed toward the mailboxes. He sucked in a breath and held it in an attempt to get his breathing under control. His heart drummed fast, but he adopted a casual mail-checking pose. Slowly, he unlocked his mailbox and grabbed the two envelopes that had been there since yesterday.

When the elevator door opened, he hung back, watching first the old woman’s rollator come out, followed by the lady herself, then Corey’s friend -- girlfriend? -- exited. Corey followed shortly after. His hands were dancing in the air, and Hayden’s heart sank. How would he ever be able to communicate with Corey if he couldn’t hear him?

He’d understood Hayden, he’d smiled and nodded. Hayden hadn’t made it up, had he?

Corey turned so his back was to Hayden, and he could no longer see his hands. The woman was moving away, her hands moved as she scowled at Corey. It didn’t look like they were about to kiss goodbye.

Hayden held his breath as she neared the exit, and Corey stayed right outside the elevator. When she slipped out through the door, Hayden cleared his throat. Corey spun around, his eyes widening for a second, then he smiled.

Corey frowned. A guarded look crept into his eyes, and the smile was long gone. Fuck. “You’re signing.” Hayden gestured at the door where the woman had disappeared as if it would explain his lack of manners. 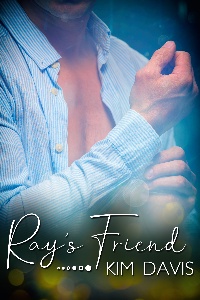 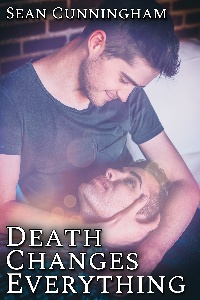 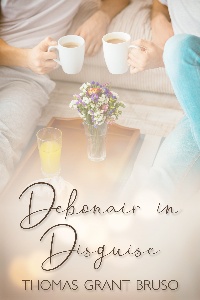 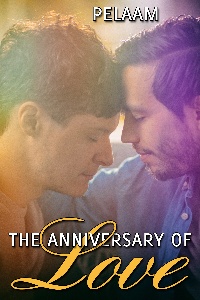 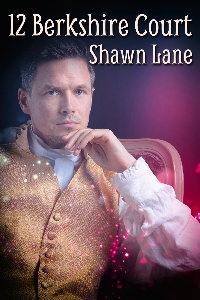 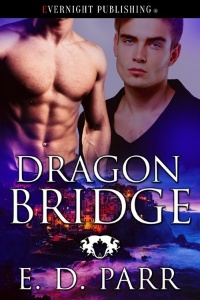 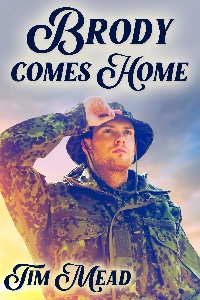