All quiet and friendless high school student Drey White wants is to create a formula that will give him the confidence to talk to a guy. With the encouragement of Artemas Beaumont, his favorite teacher, Drey thinks he’s succeeded.

The opportunity to test it arrives when he’s invited by the cool kids to their party. After mixing the powder with his beer, he barely has time for a sip before another teen grabs the bottle and drinks. Drey is unsure if the potion will work, but then he’s kissed by the guy. Pleased, Drey retrieves the bottle and drinks the remainder himself, only to find it gives him a case of the giggles.

Now an adult, the effects of Love Potion #9 still reverberate through Drey’s life. Will things ever return to normal? And what will Artemas, now his friend -- and hopefully more -- think when he discovers what Drey has created? 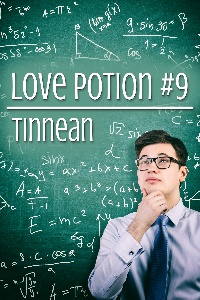 I made my way through the house until I located the kitchen, where a bunch of kids I recognized from school stood around drinking beer. The boys talked about baseball, and the girls talked about boys.

“You’re new,” a pretty blonde observed. “I don’t remember seeing you around Muhlenberg.”

“Um ...” Just as I feared, I became tongue-tied. I gave her a weak smile. That was one of the problems. No one ever remembered seeing me.

“Want one?” she asked me, holding up a beer.

“Sure,” I said. I figured I could do with a little Dutch courage. I took the bottle and looked around for a glass.

“Bless your heart,” the blonde said. “You drink it right from the bottle.”

“Uh ... okay.” I brought it to my lips and grimaced. I didn’t like the bite, but if I was going to get through this night, I’d have to finish at least this one beer. “I ... I’m Drey,” I told her, but she’d turned away and was flirting with a guy who had a locker near mine in gym.

This wasn’t going well. I wandered out of the kitchen. The house was jammed with kids I recognized vaguely from passing them in the corridors of Muhlenberg High but didn’t really know. They seemed to be involved with each other, and apparently no one wanted to get involved with me.

Well, I’d expected this. I might not be the most gregarious of people, but I wasn’t a chemist for nothing, and I’d come prepared. I took a small envelope from my pocket and poured its contents into the bottle I carried, then rolled the bottle between my palms, mixing the powder with the beer. I called it Love Potion #9 -- yeah, there were eight unsuccessful versions before it -- and although it was a potion, it didn’t have anything to do with love. It was simply something I’d whipped up to make me relaxed enough to have a coherent conversation in company. It wasn’t that I couldn’t talk; it was that I tended to babble, rambling on and on and on about things that couldn’t possibly interest my captive audience. One of its side effects, though -- because everything I mixed came with a side effect -- was to make me laugh uproariously, the main reason why I’d never used it at school, but I thought it couldn’t hurt at Judy’s party.

I jumped, then blinked at a guy I recognized as Taylor Rogers, a junior who hung around on the outskirts of Johnny Haskell’s clique. “Beer.”

“You sly devil. I saw you slip something into it.”

“Why don’t I believe you?” he sing-songed. He grabbed the bottle, and before I could stop him, he took a healthy swallow. He stared at me, obviously waiting for something exciting to happen, but of course nothing did. He scowled and started to walk away.

“Fine.” He shoved the bottle back into my hand, then clapped his hands on each side of my face, and kissed me.

His eyes widened. “I’m not gay!” And he booked out of there. Well, that wasn’t a usual side effect. Before I could give that much consideration, Bobbi bounced up to me. 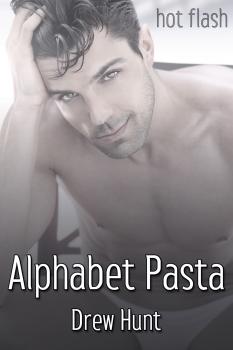 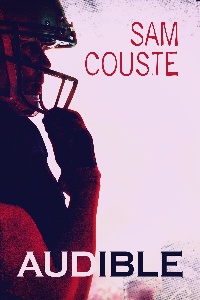