Port in a Storm (MM)

Colin is not having the best time lately, being a runaway shifter with a less than stellar reputation, hiding beneath a car in the pouring rain hoping to evade the angry warlock looking for him.

David's had a long day. Being the local white witch and healer is a worthwhile occupation, but it's rarely an easy one.

When he spies a stray kitten under his car, he figures he'll be able to rescue at least one living thing that night ...

Port in a Storm (MM)

More From Kitten and Witch

Running might not be a requirement the way it'd been last time, but there might be a limit to the amount of rescuing he could tolerate. Colin, water getting in his eyes from the kitchen sink, cursed his life and his poor decision-making skills. Not for the first time. Not for the last, either, probably.

"Oh, shh, hold still, baby," David Stanton admonished, and continued trying to get mud off of Colin's paws. "Such a sweet little guy, aren't you."

Colin was exceedingly tempted to hiss. He refrained. He was currently stuck in kitten shape and hiding from a cranky warlock, being bathed by the white witch and graphomancer -- and he did recognize David now, out from under a car and away from rain and panic, and this opened up a whole host of new difficulties that he was presently ignoring -- who'd rescued him, and possessing pretty much no usable magic of his own. Annoying yet another witch was low on his list of good choices, which was a very short list, because Colin had been historically not spectacular at good choices.

"Almost done," David reassured him, scooping him out of the sink, bundling him into a hot towel. Colin decided he was too worn out, and too soaked, to protest. Anyway, the heat and softness felt practically orgasmic. He leaned into David's gentle rubbing and purred.

David Stanton said, sounding unreasonably pleased by this, "Aww, you're so affectionate, such a sweetheart ... you like attention, don't you?"

Yes. He always had. Shamelessly so. Which was part of why he'd ended up in this mess. But David had such lovely hands, artist's hands, magician's hands, big and strong and gentle ... excellent for petting, oh yes ...

"Wonder if you have an owner," David mused, toweling his back. "Someone might be missing you."

This comment snapped him right out of the contented daze. Tail fluffed. Spine stiffened. He tried not to bite David's finger. Reflex.

"Okay, okay. Sorry." David held up hands, laughing. Forest-hazel eyes laughing too, merriment in the woods. "I swear it's like you know what I'm saying. Anyway, you don't have a collar or anything. And you were a total mudball -- not like anyone was takin' care of you."

You try staying dry and fluffy while running from a warlock in a temper-tantrum thunderstorm, Colin wanted to snap. He settled for turning himself into an offended cat-loaf on the proffered towel atop the kitchen counter.

He knew who David was. Most of the North American witches, sorcerers, and this-side-of-dark warlocks got together a couple times a year, ostensibly to catch up and show off new magical insights, mostly to one-up each other in terms of spells, albeit in a friendly-competitive way. Colin had in fact met David Stanton twice, not that David would remember. David mostly worked as a very definitely white witch and magical artist; as a graphomancer, his talent lay in his hands, his ink. At the last coven gathering, Colin had seen David sketch flowers into blooming roseate life; David Stanton did a lot of work with kids, with families, with dream-soothing and therapeutic healing.

Not the most powerful or the most flashy. Just kind. Good-hearted.

The sort of man who'd pick up a stray shivering kitten, fur damp from an unseasonal thunderstorm, cold from unrelenting water, and carry it carefully home. 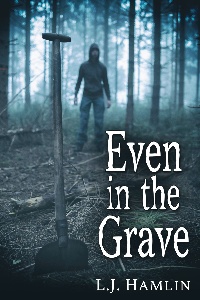