It was the most bizarre and twisted circus she had ever seen. A Freak Show! There was no other way to describe it.

She watched, mesmerized, as growling noises from human voices emanated from three cages covered by luscious velvet, concealing the wickedness that waited inside.

But she never expected to become the center ring in the titillating circus.

“...a Freak Show. An arousing, emotional freak show, with odd characters that do things that you can only dream of. I couldn’t stop reading until I reached the very end.” 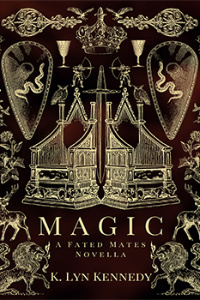 “Come in, Carmella,” he said, pulling open the door just as the young woman stepped onto the porch.

“Thank you. There are a lot of cars out front.”

“Yes, the party is in full swing.”

Carmella looked around the old house. It was amazingly modern on the inside, if not a little overdone. It was garish. She noticed that the guests were wearing disguises, though she and Bradford were not. “Is this a masquerade party?”

“Yes, but you are my guest and I decided that the two of us should stand out from the crowd.” His eyes grew dark and Carmella felt that she was not to question him further, though she hadn’t gotten that impression from him when they talked earlier at the back fence. He seemed different now, territorial.

Her attention quickly turned to the sound of orchestra music playing in the distance. Bradford put his arm around her waist and ushered her into a large room. A number of the guests proceeded up the grand staircase where Carmella assumed they would become part of a more intimate type of party, each couple doing their own thing. But when the antique grandfather clock chimed the top of the hour, the orchestra music abruptly ceased.

The announcers began pushing three cages to the center of the dance floor. Growling noises emanated from behind the luscious velvet coverings draped across these large confinements, concealing their hidden treasures.

Bradford shushed her and told her to wait and watch. The lights dimmed and in the center of the room appeared a masked trumpeter. He stood in the middle of the room and blew his horn, forcing Carmella to hold her hands over her ears.

Everyone in the room was silent as a masked tuxedoed guard entered the room, holding an edict in his gloved hands. He announced loudly, “Hear ye, hear ye, behold the Lord and Lady of the cottage.” He turned to Carmella and Bradford. “My Lord, my Lady, welcome to the greatest show on the mountain.”

Bradford whispered to Carmella, “He is referring to you and me, my dear. We are Lord and Lady of the cottage.”

Carmella nodded. She had assumed as much.

“The evening’s entertainment is soon to begin. Frolic, enjoy and hearken yourselves to a night of wanton debauchery.” The announcer exited the middle of the room as quietly as he had entered.

The lights dimmed again and when they came back up, three cages stood in the center of the floor. Growling noises emanated from behind the luscious velvet coverings draped across large confinements, concealing the wickedness that waited inside.

With a signal from Bradford, the trumpeter blew his horn again. Off came the drapes with a dazzling flourish, revealing ...