Never Any Doubt, told from both the male and female point of view, is a story about the importance of friendship, the recognition of strength, and realizing that sometimes first love really is forever.

Teenage romances don’t usually last. At that age, no one is certain where their next pimple will appear, much less if a couple will stand the test of time. Paige Turner and Carter Sullivan had a connection from the moment they met at age twelve. Paige thought her relationship with Carter was different. Parting after graduation due to his obstinacy, she was disillusioned and heartbroken.

Carter let Paige go so she could chase her dreams. After endlessly regretting his decision, he is determined to find her and win her back. Paige has never forgotten Carter either.

At their ten-year high school reunion, after a thousand miles and a decade of separation, they rekindle their love affair. Yet despite Carter’s persistence and their undeniable chemistry, Paige questions her ability to commit to a relationship due to a devastating event that occurred while they were apart and now jeopardizes their future. 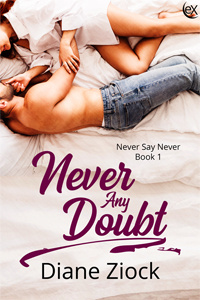 “I can’t believe he showed up,” Peyton mock whispered, looking over at the entrance.

“Who?” I craned my neck to try to see over the throng of bodies between our table and the door.

Travis was Peyton’s sometime boyfriend from the ninth and tenth grade. Sitting at a table at our ten-year high school reunion, I found it hard to believe that much time had passed. After going to college and working in Chicago, I had recently moved back to Connecticut, about twenty miles from where I grew up. Though I had stayed in touch with a core group of friends, this reunion was the first I had been able to attend since graduation.

The event was at an upscale restaurant near the coast with gorgeous views of Long Island Sound. Our school colors of blue and white punctuated the room and a DJ played hits from the era. The crystal chandeliers and peony floral centerpieces provided a modern feel, though the dress code was more suitable for a cocktail hour than a formal reception.

In preparation for the evening, I chose a teal silk blouse, high-waisted black crepe pants, and four-inch black sandals. A thin black leather belt, a silver choker, and diamond hoops completed the look. The stylist at the salon highlighted my brown hair deep auburn. I left it down for the evening, reaching halfway down my back. I used slightly more make-up than usual, drawing attention to my light blue eyes and applying copper matte lipstick to my lips.

I looked around the room. Though some of my classmates had changed, they were still recognizable. Back then, I carried an extra twenty-five pounds on my five-foot six-inch frame. Though I’d lost the weight soon after I entered college, I wouldn’t be considered skinny due to my hourglass figure. Overall, I was satisfied with my size eight body even though I continued to wish for longer—and thinner—legs…and, if I was being honest, smaller boobs.

“Why don’t you go over and say hello?” I asked Peyton. I was rewarded with an incredulous glance.

“I can’t do that. He’s talking with Simone Plexer. Ooh, how I despise that girl.”

I rolled my eyes. “First of all, she’s not a girl. She’s twenty-eight just like us. Secondly, it’s been ten years. Do you really think they’re still an item?”

Peyton frowned. “He dumped me for her. He’s talking to her now. I know they aren’t married or anything, but still…”

I looked at Peyton, assessing her tall, willowy frame, wavy brown hair cut into a fashionable bob that reached her shoulders, and her topaz eyes.

“You are smart, successful, and beautiful. Where is this coming from?”

“I feel like I am the short, shy girl with slight acne and glasses all over again. Being around these people automatically sucks you into a time warp.”

Laughing, I nodded. “It’s weird. I guess because we haven’t seen these people as we’ve matured, our point of reference is associated with the past.”

Nodding herself, she said, “Exactly.”

We both paused and looked back over at Travis and Simone. It didn’t look as though he was engaged in the conversation. Simone was trying hard, I’d give her that. She looked about the same as she had in high school. Same bleached blonde hair. Same heavy-handed make-up. Same close-to-inappropriate clothing.

“If you want my opinion, Travis doesn’t look thrilled with her company. I bet he would welcome the interruption.”

Peyton studied the pair across the room.

“You may be right. Look at the way she is hanging on him. Can she be more obvious?”

“I say go over there and show him—and her—how awesome you are.”

She smiled at me. “Thanks, Paige. You are an ego boost.”

“Just the voice of reason. And a friend.”

She stood and smoothed down the skirt of her navy wrap dress. “Here goes nothing.”