Pippin Pearmain has a screen test—the first in several years. Before flying to Sydney to meet her new agent, the director, and the rest of the cast of Half-Life of the Lost, she cashes in the mystery holiday voucher that was a gift from her recently deceased Cousin Lupin. Sailing on the yacht Tulpenmanie was fun…until one of the crewmen went missing. That was bad, but now he’s turned up and jumped into the sea with Pip in his arms.

Well…she did agree to meet his family!

Skinny dipping under a waterfall, swimming into a cave, dancing on the chalk and meeting an extended family takes Pip’s mind off the impending return to film work, but even holidays in fairyland have to end. Pip knows she needs to be back at Lemonwood Cottage in time to take her agent’s call. She has to organise a sitter for the cats who seemed curiously willing to let her go and leave them with a stranger.

Pippin Pearmain has led an interesting life, but it had been winding down. Now, at the age of sixty-six, that life has gone utterly nuts.

She wouldn’t change that for the world. 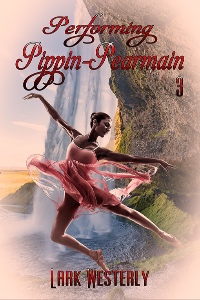 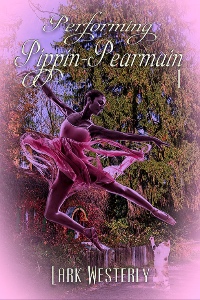 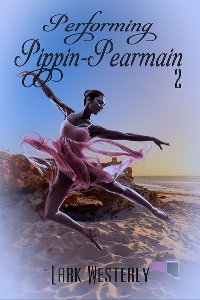 The shock of autumnal water in a stretch of sea never renowned for balmy temperatures should have shocked tiny Pippin Pearmain into silence. She’d never been brave, and she had not much body fat to keep her warm.

A moment ago she’d been aboard the yacht Tulpenmanie, enjoying a mystery Experience, an adventure holiday donated by her late Cousin Lupin.

I should never have said I’d come to meet his family!

Bubbles tickled her face and her bare arms. Her head spun off into a fugue of terror which lasted a good five seconds before her old friend Sully’s advice seeped into her mind. Sully’s sayings were always her safety net through the years of growing up and beyond.

Luv, if any man—or woman—tries anything you don’t think is to your benefit, holler out now. Don’t ever keep quiet if a hand goes where it shouldn’t. Holler now, holler loud, and Sully will get out her nutcrackers.

Sully couldn’t get her out of this one. Possibly no one could. A knee where it hurt was one possibility for escaping unwelcome embraces, but Tane had his arm under her knees. Anyway, he wasn’t exactly advancing. It was more of an—

The descent slowed and halted. They headed back to the surface.

“Okay lovie?” Tane’s tone was light and cheerful—inviting her to share the joke of her third abduction in less than three months. It was becoming a habit.

She’d survived the other two, but this was the strangest yet.

He’s half fish, Zach the temporary skipper had said, and You can’t drown Tane, Zach’s girlfriend, Jisinia, had added. You’ll be offered a chance at that extra experience at some point, but you do not have to say yes. That had been Zach again, or earlier, and he’d sounded worried.

Pip grumbled to herself as she bobbed in the unexpectedly warm ocean in Tane’s arms. He was Jamie’s uncle, for goodness’ sake! And Jamie was minding the cats while she was away… Jamie was a sweet boy. He was eighteen and utterly reliable, according to Gerry Trip.

Tane had given Pip a sorry-for-treading-on-you and getting-to-know-you picnic on the deck of Tulpenmanie. It had involved Indian tea and fat fresh figs and a lot of peculiar conversation. Then he’d invited Pip to visit his family. She’d agreed. She hadn’t said no. She really should have done. Meeting strange men’s families was probably not a good idea, yet how could she possibly have guessed saying yes would send her overboard?

She said, as nonchalantly as she could manage, “You’re awfully buoyant, Tane. Tane what, anyway? Jamie wouldn’t tell me his surname and I suppose it’s the same as yours. Unless you’re his mother’s brother, of course.”

“I’m Tane Pendennis. I’m his father’s semi-brother—we share the same dad. He could charm the birds down from the sky, but I was Mam’s idea. She asked Dad for a bit of his time, and he agreed. And I’m buoyant only when I want to be.” He expelled some air from his lungs and sank so Pip’s chin encountered the choppy little waves of Bass Strait.

“Stop that!” she growled.

He inhaled and the water lapped back at her chest.

She worked a hand free and delivered a light slap to his bare shoulder. “I thought we were going in a boat. To see your family. That’s what you said—implied.”

“That’s not possible,” he said.

“If it’s impossible to visit them, why did you invite me?”

“It’s perfectly possible to visit them. It’s just not possible to do it by boat. At least, not from here.”

“Then how the dickens do we visit them? If that is where we’re going? Unless you have other plans. And you’d jolly well better not. That would be misrepresentation, and that’s not legal.”

He expelled some breath.

Pip hit him again, harder. “Explain yourself or I’ll squeal.”

Tane laughed. He didn’t even sound unhinged. “All right, Miss Pearmain. I’m not misrepresenting anything. Here’s your explanation. There’s a gateway to over there out here a little way. We just need to dive to access—”

“I mean I’ll dive to access the gateway. I’ll carry you with me. You’ll be as safe as anything. My hand on it, as my brother Finn says, and when a lad like Finn says that you’d better believe he means it. So do I. We’ll go through the gateway, and come up near Hob’s Island, or maybe nearer the chalklands would be best. I’ll take you to meet my family, as we agreed. Jill will welcome you and give you a cup of tea, and the tiddlers love visitors. No harm.”

“And if I say no? I should have said it before, but I was not put in possession of the facts. I can change my mind if I want.”

He sighed. “You are at liberty to change your mind, and to squeal. I’ll help you. We can holler in two-part harmony. Jin would hear, and she and Zach could drop the ladder to haul you back aboard. It might take a few minutes to organise your re-embarkation, but I promise you’ll come to no harm while we wait.”

“I’d go home as soon as you were on board. Jin’s got a nasty tongue on her, and Zach doesn’t like it if I use love bubbles to calm her down. Linda did explain to me why I shouldn’t do that. Not appropriate is the way she put it, but sometimes I forget.” He shrugged. “Might as well ask a fish not to swim. Pretending to be something I’m not leads to all sorts of trouble. That’s not an excuse. I can’t and won’t apologise for what I am and what I can’t change. Neither should you.”