Sea Glass is a collection of inspirational stories by Jefferey Martin Botzenhart. Each tale depicts an uplifting story when faced with adversity. Sometimes, love is found in the most unexpected situations . . .

This Box Set, not only contains all five books in the Sea Glass series but also contains a bonus story, Mythology, written exclusively by the author for the Box Set.

PUBLISHER NOTE: Stories included are, Blue Tides, Beneath the Depths, Most Impossible, The End of the Season, and The Tide Pool. Plus bonus story, Mythology. 69,500 words in total. 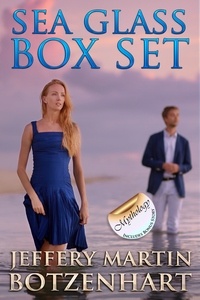 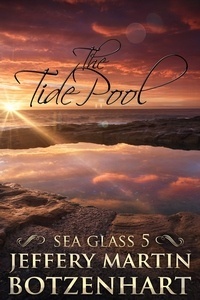 Attending the wedding of two close friends, as well as seeking to cleanse her troubled thoughts, Lauren is drawn back to her beloved beach house just north of Cape Hatteras by the lure of the ocean’s blue tides. Spellbound by the echoes of crashing waves and the unexpected sight of a soaring kite, she makes her way down to the beach. There she encounters a message in a bottle in the form of a carefree younger man.

Beware of the seductive beauty of a mysterious woman who at times mirrors the lethal allure of a dangerous shark.

Mistaking the identity of a young American architect for an American DEA agent, a beautiful English spy’s seduction of an innocent man leads to his abduction. Amidst the tropical paradise of Tobago, she regretfully thrusts him into a world of drug cartels and international intrigue.

The depths of some seas are not filled with water, but rather the broken dreams of lost souls.

THE END OF THE SEASON

What happens to the boys of summer when there are no more seasons? Where will they go?

The end of the 1941 season has arrived for two baseball players. Eighteen-year-old Eddie Tanner and thirty-two-year-old Sam Trask are two of the finest to play the game. Yet neither received the call to move up to the major league.

If you treat me like glass, then that’s all I’ll ever be

Having battled cancer since the age of five years old, Erin, now nineteen, sets out for a few days to experience life on her own for the first time. Though now in remission, the ‘death watch’ lingering in her parents’ eyes are just as lethal to endure. She needs an escape.

The gods have spoken

Monty and his family have enjoyed an amazing summer on the Greek island of Naxos. With their return to America only a few days away, he suffers in silence.  Having secretly fallen in love with their hosts’ son, Stavros, Monty worries he’ll never find the courage to reveal his true feelings for him. Adding to his distress, Monty struggles to tell his father he’s gay.

The restless Greek gods have burdened him with an emotional tempest. Will his heart fail to survive the storm or will he allow himself to become part of love’s mythology?