Sweet Child of Mine

In the city on the harbour, miracles happen.

Ewan and Marti Campbell are hoping to have a quiet holiday season, their first as a married couple, and the last one before their new baby arrives.

A crisis at the real estate agency tosses a huge wrench into their plans, as does the sudden onset of Marti’s labour. As Ewan fights to get home before his child appears, more crises are flung at him. If he is to make it on time to help his wife bring their baby into the world, he’ll need a miracle… 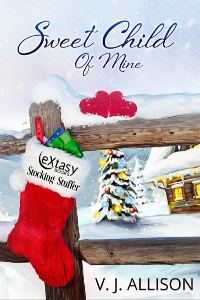 Sweet Child of Mine

More From The Feathered Tartan 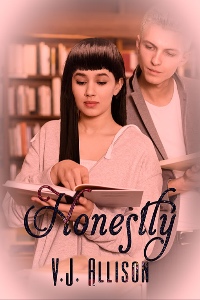 Ewan Campbell shoved his frameless glasses higher on his nose with his left hand and clicked on the file on his work computer with the mouse under his right hand. The gold of his identification bracelet, a gift from his parents upon his high school graduation, quietly gleamed in the overhead lights, and its links gently clattered as he shifted his hands to the keyboard in front of him.

His eyes narrowed in concentration as he studied the file contents. Their entire fiscal year was there, minus the last month. How did the statistics for December suddenly disappear from the entire network? He had saved the files himself only yesterday, before starting his vacation. It was going to be three weeks of enjoying private time with his wife of eight months, Marti, and their first Christmas as a married couple.

It was also their last Christmas before they became parents. Their first child was due around the New Year, and although Ewan was eagerly anticipating their son’s arrival, he was looking forward to some quiet time with Marti. Their lives had been so crazy lately, between his trying to wrap things up at the agency for a while, and Marti preparing to give birth. The arrival of his parents, as well as his cousins Dana and Joshua, with Joshua’s wife Sybil, hadn’t put any dents in his plans. His family was staying at the Atlantica Hotel on Quinpool Road, not far from his office, and were only at the condo during the daytime.

An image of his wife rose in his mind. Even though she was tired from carrying an extra fifteen pounds, she was still beautiful. Her big hazel eyes always had a spark of wisdom and humour, and her reddish-brown hair had become thicker and wavier in the last few months. Her extended tummy and engorged breasts enticed and aroused him. He loved feeling the baby kicking and rolling around. It had become part of their nightly ritual. After eight years apart, knowing they were finally married was still a shock to him. He had been without her for so long, and they were now expecting their first child.

He grinned as he pictured the look on Marti’s face when she told him about the baby.

“Aren’t you going to say anything, Daddy?” There was a hint of snark and so much joy in her voice. Her eyes had sparkled in the dim light from the back door of his parents’ house and there had been an almost secret knowledge behind her touch.

Damn, he was missing her a lot that morning, especially since she was entertaining his family while he’d been called in to work on a crisis. Unfortunately, Marti’s cousins, Miranda and Ralph, who had started the company, were not answering their phones. It was Miranda’s duty to find that damn file, not his. He was supposed to be off work. She wasn’t. She owed him big time for this one.

With a long sigh, he reluctantly forced his mind away from his wife and her family and focused on the computer monitor in front of him. Where are the files for December?

A knock on the grey door made him look up. His assistant and best friend, Jeff Dexter, leaned against the doorjamb and shoved his hands into his jeans pockets. Like Ewan, he was dressed casually, but over his button-up shirt, he wore a hideous Christmas sweater in a blue, green, white and red snowflake pattern with brown reindeer on the arms. Its front had Merry Christmas written in LED lights that blinked. A red Santa hat covered Jeff’s balding blond hair, and a candy cane tied with a green and gold bow was fastened to his right shoulder, like a boutonniere.

Ewan suppressed the urge to roll his eyes. It was the staff’s last day for the holidays, and it meant a lot of goofing around, as well as casual dress. Although he was the boss, he suddenly felt like an intruder. He wasn’t supposed to be in there.

“Any luck?” Jeff asked, his blue eyes filled with concern.

Ewan shook his head. “Nope. Not a fucking whiff of it.” He glanced between the screen and his best friend. “I take it you can’t find it either.”

Jeff shook his head, which made the pompom on his hat bob back and forth.

Ewan shoved his glasses to the top of his head and ran his left hand down his face. “It’s not on any of the backup drives?”

“I even checked the cloud for it, just in case it was diverted to one of the other locations,” Jeff replied. His sweater flashed a few times, making it even uglier.

“Shit.” Ewan tapped a pencil against his knee and leaned back in his comfortable office chair. “Did you get a hold of Miranda or Ralph yet?”

“No, but Cindy texted me. She’s going to the house to be sure they’re okay.” Cindy was Ralph’s adult daughter, and she was like a baby sister to Ewan. If anyone could rouse her father and stepmom, it was Cindy.

Relief almost made Ewan relax, but not quite. The files were still missing, and until Miranda or Ralph were on it, he was in charge. He rubbed a hand down his face again and felt whisker stubble under his fingertips. Damn, he’d forgotten to shave that morning in his rush to get to the office so he could do his duty and get home to his family. He shrugged it off and decided to shave before he left the office. If he ever figured out what the hell was going on with the blasted file system in the company’s private network.