Everyone loves a royal romance, especially one between two men!

Something is rotten in Bulvania. When the old king dies mysteriously, a young monk named Raymond is called to take his place.

On the other side of the world, Logan, a handsome photographer, is pulled away from his charmed life to assist his father--Bulvaria's newest American ambassador.

As Raymond struggles to balance the weight of his new crown and the dark past adorning it, he must also struggle with his new love for Logan, who may already have his hands full with a variety of strapping military men. 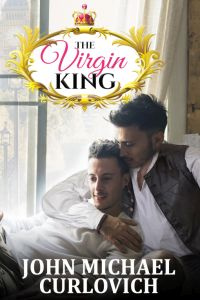 And in his carriage, looking about and waving humbly to his subjects, Raymond suddenly froze. There, hanging on a light post, was the most beautiful man he had ever seen. And he was snapping pictures, his camera pointed right at the royal carriage, most certainly pictures of Raymond himself.

Raymond peered. He had seen this man before. He couldn’t be certain, but—but wasn’t this the man he had seen in the guards’ barracks that night, naked, erect, having sex? He had never gotten a good look at the man’s face, but everything else, his hair, his frame, looked exactly right. This had to be him. And even if he wasn’t…this man was just perfection in Raymond’s eyes. He felt himself getting hard, and he was grateful his robe would cover it up. And he’s taking pictures of me, Raymond thought. He must find me as irresistibly attractive as I find him. He must. He must!