As the faithful manservant to the governor of the rural province of Cozelle, Boone never expected to rise beyond his station, much less find love. When it claims him, however, his happiness become marred by tragedy.

As the middle daughter of the retiring governor, Iona values only two things: family and country. To control the latter, she believes she must keep the former stable. To this end, she offers the widowed Boone a proposal. Yet, when a mutual attraction sparks between the two, both are taken by surprise.

Is Boone ready for a second chance at love? Does Iona even want her first? 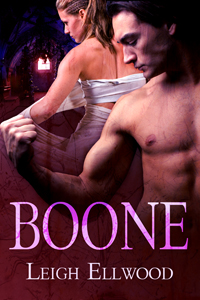 Boone did not feel the hands patting his back and shoulders, reaching up to muss his hair. Jovial “attaboys” and assorted congratulations faded into distant echoes. He never turned back to see his many well wishers waving from the kiosk as, arm-in-arm, he walked with Nattie back to his—their—home. Like chirping birds their voices fluttered into the sky with joyful buzzing as the crowd, led by Giles, ambled into the pub for a congratulatory toast, noting already how Boone was walking much taller, his head held higher.

So what that the happy couple had opted to give the celebration a miss to gain an early start to the honeymoon? Somebody surely would drink extra for them.

Boone lost track of the number of steps home. The cottage no longer looked small, or dark, or lonely. Boone did not feel his hands upon Nattie’s shoulders as her own encircled his waist and pressed his body to hers. Her head reached his Adam’s apple, tall enough for Boone to rest his chin in her hair without having to tilt his neck. She smelled of the honey beeswax soap he made for the family, and Boone risked slipping his hands underneath her arms to return the embrace, garnering no protest.

This is not happening. This cannot be happening…what cruel force has come to taunt me?

Her voice muzzled into his pounding heart. “Are you happy, Boone?”

“Very much so, Miss Natalie.”

“Nattie,” she giggled. “I think you can call me Nattie now.”

“Nat-tie.” The syllables sounded foreign, and he pronounced them with care. This was a word he intended to use for the rest of his life, forever associated with the happiness he felt at that moment. He would never soil it with the wrong inflection.

“Boone,” she whispered, and he shivered.

She tilted her face upward and arched her feet upward to meet his parted lips. The kiss was soft, and robbed him immediately of his breath and his will to maintain composure. He tightened his grip across her back for support, wrinkling the fine material of the robe. He didn’t notice her hands retract and press softly against his chest, then reach back to tear at the button on her robe that Siddron had fastened.

As they swiveled around toward his bed—their bed—he remained in contact, gliding his tongue across her lower lip, tracing the corners of her mouth, responding in kind to her caresses. Quietly time stilled and the room melted around them. Boone acknowledged only her hands fumbling with his shirt, pushing the material away to reveal his bare, heaving chest.

She took his hands and pressed them to her hips, sliding them upward. “Help me, Boone,” she pleaded and, with her hands guiding his, he removed the shift. She stood naked before him now, inviting him to take in her delicate bust, taut abdomen, and the hidden trove nestled between her thighs.

Boone opened his mouth, yet no words escaped, only a low groan of want to accompany the ache in his groin, which Nattie dared to gently massage. He hardened instantly with her touch, biting back a smile as her eyes widened with the discovery of his size.

“Oh,” she gasped, and loosened the rope belt binding his trousers. “I’m ready for you now, Boone.”