Jason, an officer in The Council Interstellar Force, fights Harcus’s armies of robots, cloned humanoids, Spacecraft, and other weapons. 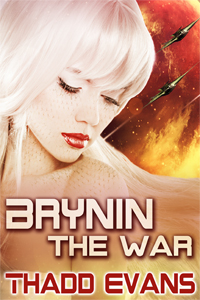 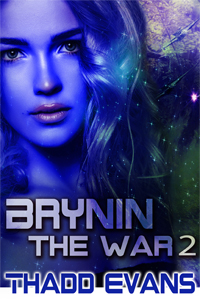 A few weeks ago, we moved into our apartment. My HMR, a high-speed memory recall tool, chimed. I spoke into the ear-mounted device. “Hello, who is it?”

“Thank you. I want to attend your party, but problems have come up. “

I hesitated, stunned by this information. “Understood. What are they?” An instant later, I realized I had no business asking.

“First of all, is your HMR secure? Can anyone listen in?” she replied.

I pulled it off my ear, and the floating screen appeared. Near the top of it, security measures scrolled. I dragged my finger over most of them, switching on more firewalls, then put the earpiece back. “Now we can talk.”

“According to the Icir Security Force,” Yar went on, “for the last couple of days, LN spies have been watching me when I’m traveling between schools. As a result, the ISF told me we need to hold your party at another location, not at your apartment.”

I frowned, worried now. “Sure. Where?”

“I’ll tell you a day or two before the party. Sorry it has to be this way.”

I bit my lip, frustrated that this occasion had become more complicated. “No problem.”

After Ieeb, Seeta, and I left the subway station close to downtown Wcip, we stepped inside an unmarked air-van. The driver, a Glemal woman in plain clothes, smiled at us as the vehicle rose.

When it was far above the street, the van went several blocks, flew inside a gray high-rise, and touched down. All of us climbed out and went through a door, entering a huge conference room.

Not far away, amid a small crowd, Ambassador Yar was speaking to Yeliv, Greg, and Tia. The Ambassador walked toward me, smiling. We hugged.

I pulled away. “This is my wife and daughter.”

Ieeb, a shocked expression on her face, shook Yar’s hand. “I didn’t think I would ever meet you.”

Yar grinned and drew an L-shape in the air with her finger. “The privilege is mine.”

“That’s impressive. They’re extremely detailed, hard to learn. Although his Notes are part of our language and history, grasping every book takes a long time.”