Claire goes back home after ten years of absence for her father’s wedding. During her stay, she crosses path with Jesse, an old crush from high school. Back then, Claire was rejected and hurt deeply by her. Now, Claire is torn between her long, lost romantic feelings toward Jesse and the painful wounds of the past. Will she be able to forgive Jesse and start a relationship with her? 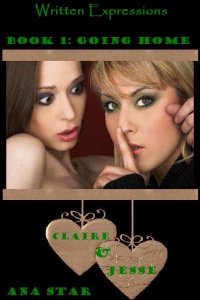 A sensual scene came up in the movie, causing her nipples to harden and her temperature to rise. She could sense Jesse’s gaze scrutinizing her body. Should I risk looking at her? Just as she turned her head, Jesse pushed her to the floor and kissed her on the mouth.
Claire let out a moan inside Jesse’s mouth and tasted her luscious tongue as it rubbed against her own. Her legs opened like a flower, letting Jesse rest between them. With her hands, she cupped Jesse’s face, and then wrapped her arms around her shoulders pulling her more toward her.
Jesse’s eyes remained close as she continued to kiss her with passion. Her fingers brushed over Claire’s stomach, under her tank top and on her breasts, feeling the size and trying to grasp it all in her palm. The sensation enraptured Claire completely and she gave in.
The two kissed for a long time, sucking each other’s air. Claire’s hand clutched Jesse’s back, trailing her fingers up to her neck and into her hair. Lost in the depths of her body’s pleasure, she thought, this is better than I thought. Her tongue is so soft and tastes delicious.
Claire made small moaning noises into Jesse’s mouth and saw Jesse opening her eyes to admire her sultry expressions. Claire’s body wiggled and responded to each of her touches, demanding more.
“That’s my hot girl,” Jesse whispered in Claire’s ear. One of her hands gently stroked Claire’s face.
Claire looked into her eyes, yearning for more. She kissed her cheek. She was uncontrollably moving her body and hands over Jesse. She couldn’t stop herself at all. Jesse moved her warm, sweaty hand over her neck, chest and back to her breasts. Claire’s hand traveled down to Jesse’s breasts, squeezing them aggressively. Jesse gasped as she kissed Claire forcefully.
Jesse slid her tongue over Claire’s neck and ears while her hands went under Claire’s shorts.
“Stop. My sister is . . .” Claire began, but Jesse silenced her with a kiss. She looked straight into her eyes.
“Your sister is sleeping. Are you a screamer? ‘Cause if you scream, I’ll have to put my fingers in your mouth so she doesn’t hear. Well, are you a screamer?” 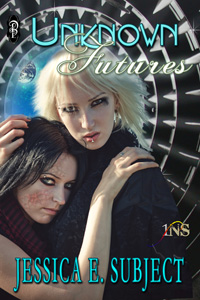 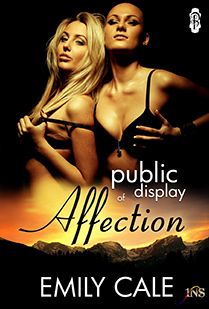