Twenty stories of love and lust that are out of this world. Explore your darkest desires in this collection of paranormal erotica. From virgins to vampires, dirty dancers to demons, spirit lovers to sexy séances, these stories will send a shiver down your spine. Enter a time of familiars and witches, werewolves and highwaymen, where nothing is as it seems, but the sex is out of this world. 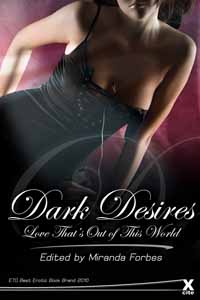