Where do you hide when there's nowhere left to run?

My life was an illusion built on fear, until one day, fate intervened.

I tried to run.

I tried to hide.

I tried to disappear.

At a small bed and breakfast in the middle of nowhere, I found myself, and then, he found me... Gus Gallagher, my aunt’s next-door neighbor.

Soon though, I learned he was everything I needed.

The life I live now is an illusion based on deception. This time though, the lies I tell are my own. I knew eventually I’d get caught in my own web of deceit, but this wasn't my choice.

In the shadows the past is lurking; patiently waiting and set on revenge.

My life was unbearable until the day I decided to disappear.

My name is Laney Sloane and this is my story. 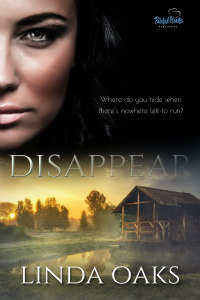