Will “Hibou” be able to concentrate on the most important mission, or will his love for Simone lead to a moment’s carelessness that could be their undoing?

On a dark night in July 1944, Special Operations Executive agent, Simone rows ashore from a submarine at the small fishing town of Golfe-Juan on the Côte d’Azur. She meets the Resistance Leader code name “Hibou” with whom she had a romantic affair during a mission in northern France several months previously. Once again, they engage in subterfuge operations against the German forces in the lead up to the Allied landings, codenamed Operation Dragoon, scheduled for the following month.

Although their relationship is reawakened, the tension of their exploits and the possibility of being caught by the Gestapo from information leaked by traitors in their midst causes some instability. However, love has a way to conquer doubt, but as their love deepens so too does the risk of them making mistakes.

Will Hibou be able to concentrate on the most important mission yet to come, or will his love for Simone lead to a moment’s carelessness that could be their undoing? 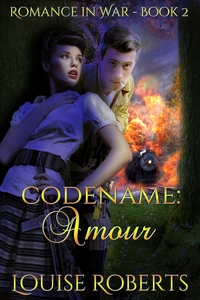 More From Romance in War 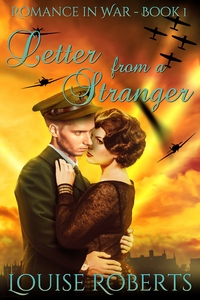 Letter from a Stranger (MF)
Louise Roberts
In Shelf
$1.99

The dim red light seemed to engulf the space around her as she sat quietly out of the way of the busy mariners. She had just been told they had reached their destination and the crew was making ready to resurface the submarine so that she could disembark.

When initially Simone had learned that she had been hand-picked for this assignment she had wondered what special qualities she had to offer. Then she had been told the name of the Resistance leader’s code name was “Hibou” — the French name for an owl — and her heart had caught in her throat.

It was toward the end of 1943 during the lead up to Operation Overlord where she had first met Hibou at the community of Saint-Lô located in North West France. Although at the time no one was privy to the date and actual location of the planned invasion, it was deemed prudent that all Resistance fighters throughout northern France were to be well-equipped.

Could he be the same man? She truly hoped so. Surely the Special Operations Executive wouldn’t use the same code name for someone else?

Simone closed her eyes to remember that mission. Her directive had been to reorganize a Resistance unit and to supply them with arms and explosives…

Hibou was tall and stockily built with dark curly hair. He had large gorgeous blue eyes, and she could plainly see how the code name fitted him perfectly. It had been love at first sight, and despite the dangers, they had managed to nurture a strong romantic bond. Even though their intimacy had let down their guard, they had never divulged their own real names. When it was time to leave it was as though her heart had been wrenched out, but now there was a chance to meet him again. Would they be able to rekindle their relationship? Would he even remember her? She tightened her eyes to concentrate on her memory and tried to ignore the noises about her.

At the beginning, their relationship had been strictly professional, but a close encounter with the Gestapo removed all pretense, and they found comfort in each other’s arms. One thing led to another, and before they could stop themselves, they were entangled naked on the soft straw of a stall in a barn. The only noise aside their heavy breathing was the sound of jingling bells that were tied around the necks of several goats nearby.

Simone could still ‘feel’ his touch and the sensation of fullness as his manhood slid within her. She subconsciously clenched the muscles of her lower regions as she conjured up those thoughts.

“Miss Dubois, the Commander would like a word.” The voice in her ear snapped her from the reverie. As she opened her eyes to regard the speaker she was grateful for the red light to help disguise the flushness of her cheeks.