Alara has spent her life under the radar, hiding her nature from the government and those around her. When it came to a choice of letting her cousin fall into servitude to their own government or live a life free in the stars, Alara stepped into the path of disaster and made sure that Tosha went free. Trapped and locked in a lab where other talents were incarcerated she meets a new friend and the man who has haunted her dreams for the last six months.

General Brodin has fought wars and when his talent surged forward, the government of Dhema sent him to the Sector Guard. He has waited patiently to find his true mate, and when he was told to get himself captured on Dalpha he did it without question. Seeing Alara for the first time, he knows why.

The women were startled into laughter and a soft dialogue was begun. Alara peeked over to the men’s side of the room and jumped when she noticed the brilliant blue and gold eyes staring at her from under dark brows and deeply red skin.

While her mind shrieked at the beloved familiarity of his features, she tried to keep her face straight. His burnt colouration was a stark contrast to her shades of green and the images in her mind of exactly how extreme that comparison could be started a blush that she hid from him by turning her head.

“Why are you blushing?” One of her new companions whispered it in her ear. Well, it seemed to be a whisper, but the woman who spoke was across the table. It was her talent, speaking at a distance, a handy power that the Dalphaic government was trying to find a use for.

Alara gestured to the distance between them and quirked an eyebrow.

Chuckling, Dori came around the table and positioned herself next to Alara.

“I have seen him before. He wasn’t wearing quite so much.” Her words caused a flaring blush in Dori’s cheeks as she caught the meaning.

“I wish I didn’t, but I did.” Alara winked and Dori returned to her place. She didn’t really regret the knowledge, but it made for a cute quip.

A sudden whisper in her ear brought her upright in a hurry. “He’s coming this way.”

A flurry of straightening her hair brought giggles from the ladies at the table as she turned to smile with bland curiosity at the man who lived in her dreams every night.

“Are you Alara J’tak?” His voice was abrupt and not at all what she would expect from a lover. She mentally slapped herself. He didn’t know that they would be lovers.

He drew himself to his full and impressive height. He was magnificent, his horns gleaming in the open panels of sunlight coming through the ceiling. “General Brodin of the Sector Guard Base Teklan. I am here to rescue you.”

Alara heard and felt the women at her table swoon, but she knew how this was supposed to end. She got to her feet and looked up at him with an expectant look. “How are you going to do that with your limbs encased in restrictors?”

He leaned down until they were almost nose-to-nose. His gaze warmed and his voice took on a distinctly sensual tone. “You’ve seen the future, you tell me.” 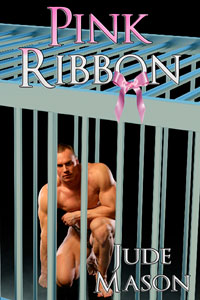