Lacy Chenault has a sixth sense that she doesn't want; she’d lost Chris Baker long ago because of it. Against her better judgment she agrees to use those powers to help in a missing person search for Chris’ sister in Grandbury, Louisiana.

Chris Baker, a professional football player, learns the hard way that even all his money can't bring his sister back. If Lacy Chenault can find her, he’ll find a way to deal with the feelings he’s always had for her.

According to Lacy’s sixth sense, the situation was anything but a typical missing person case. She believed there is a serial killer loose in Grandbury. As the case evolves and more victims are uncovered, can Lacy save Chris’ sister from the killer? And how far will she go to save Chris from the serial killer that no one but her knew existed? 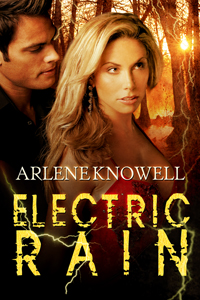 Chris nodded his head and bit the corner of his mouth; he had a beautiful girlfriend waiting for him at home and he wanted Lacy the way the desert wants water. He brought the vehicle to a stop near the chain link fence that circled the water tower, and allowed his eyes to follow down a seldom-used path toward a small gray building. He had to get his mind off Lacy and onto what he was doing.

He opened the door, stepped out and heard the powerful hum of the natural gas under pressure. It was a reminder of how small he was, and how dead he would be if just one spark fell near the pumping station.

“Do you feel anything?” He walked around the front of the vehicle and met Lacy.

She shook her head. “Not yet.”

“Leave your cell phone and anything electronic in the car,” he advised as he pressed the power button and laid his stylish phone onto the hood. “If that thing exploded, it would level this town.”

Lacy swallowed hard, glanced at him then patted her pockets to be certain there wasn’t anything there that might offend the high-pressure gas. Chris stepped forward, leading the way down the narrow path.

“I don’t think this is it,” Lacy revealed softly.

She smiled. “Point taken. Lead on.”

Chris stopped at the chain link fence that enclosed the small building and turned his attention to Lacy. She wasn’t acting as if there was anything there, but he’d certainly feel better if he looked through the window. “Wait here.”

He sprang upward, latching onto the fence like a seasoned cat burglar. Within a few seconds his large frame was up and over the barbed wire at the top. He cupped his hands around his eyes, peering through the glass to the space that held nothing but huge rumbling pipes. He wasn’t anxious to extend the stay; he was satisfied with knowing that Jeanine wasn’t inside.

Lacy smiled at him and every urge in him demanded that he kiss her at least once. He cleared his throat and fought the urge. He lost. He grabbed onto the fence and heaved himself to the top then pounced to the ground, white slag scattering beneath his big feet. He moved toward her so quickly that she looked behind her to check her surroundings. She probably wouldn’t have expected this in a million years, but he just couldn’t hide it anymore. He had to know what it was like to kiss her. If he did it here then he was less likely to take it too far. If he waited until they were back in the room, he’d probably find himself in her bed; that couldn’t happen.

Lacy gasped the instant his hands latched around her waist and pulled her into his arms. His lips crashed onto hers with a force that he wished he could muster while on the field facing an offensive line. She moaned at his touch; exactly what he’d expected and it still made his body throb. He smoothed his hand up her spine and onto the back of her neck. He pushed his fingers through her hair, cradled the back of her head in his hand and forced it toward his to deepen the kiss. His tongue swept between her lips, tasting the woman that he’d wanted for the past twenty years. Had he known that she’d taste this wonderful he would have done this ages ago.