After Julianna McKay is scarred by a killer, her own fiancé and the loss of their unborn child, she swears to never love again. She needs a better life, not one living in fear and being controlled. Heading back home to Claire County, Texas and her last chance of survival, she snags the attention of Sheriff Johnny Black, an ex Marine with his own scars and one dominant personality.

Julianna is scared but just as intrigued by the Sheriff. The way he acts and the way people avoid him and fear his authoritative demeanor make her avoid him as well. The sheriff is immediately suspicious and intrigued by the new Claire County resident. She is quiet and stubborn but also fearful.

Can two strong-minded people with scar-driven paths, broken hearts and nightmares from their past somehow find each other and fall in love? Or will both their pasts come looking for them, trying to destroy any chance at happiness?

Heat Rating: Sensual
Word Count: 78,131
24 Ratings (4.1)
Contemporary Romantic Suspense
In Bookshelf
In Cart
In Wish List
Available formats
PDF
HTML
Mobi
ePub
Cover Art by Jinger Heaston
Reviews
Awesome book! Hot and full of suspense, my favorite kind! Also, lots of heartfelt moments that made me cry...Grab the tissues before you get started reading it.
Liz C.
Ms. Marie was a new author for me, as was this type of book. I will be looking at Ms. Marie's other books. This was a good one that I thouroughly enjoyed!!
labeth-m
Read more...
Professional Reviews 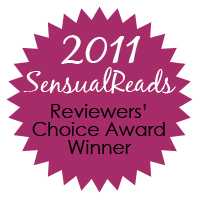 5 STARS: "Riveting story, the story of Kate and the abuse she incurred is endearing as you see her growth throughout the story. I absolutely loved Johnny whose steely exterior fades as he falls for Julianna. Highly recommend this book." -- Emily, Sensual Reads

More From The Miss Series

Miss: Senorita and the Soldado (MF)
Laura Marie
In Shelf
$5.50
All Books In Cart
All Books In Bookshelf
Excerpt

Julianna took Catherine’s hand into her own. She smiled at her friend before looking down the crowded city street, knowing that ten minutes away stood the entrance to the highway, her new life, and freedom.

“I have to do this, Cat. You know I have to leave.” Julianna gulped down the lump of emotion as the tears filled her eyes. She glanced at her friend just as Catherine pulled her into an embrace.

Julianna wiped the tears from her eyes. She silently prayed that she could handle this move, knowing it was an effort to rid herself of the pain, the betrayal, and the fear she would have for eternity.

She slowly pulled back from Catherine’s embrace. Her heart ached knowing that Catherine cared and that she more than likely would never see her again.

“You’re going to be just fine, Jules. I just wish I had been there for you when you really needed me… Instead you had to lean on her.”

Julianna shook her head side to side. “Don’t,” she whispered.

She couldn’t bear to think about Kate, neither her betrayal nor the painful fact that Kate was sleeping with Lawrence. The pain was too much to handle, and she had been a total fool. She shouldn’t have trusted Kate, but she needed someone to talk to about the baby. Never once did Julianna think that Kate would tell Lawrence. Then again, she hadn’t a clue that Lawrence wasn’t being faithful. It was just another example of her bad judgment of character.

Catherine squeezed her hand then wiped the tears from her eyes as she sniffled. It was obvious to Julianna that Catherine felt guilty.

“My cousin Carla purchased the PO Box, so it will be safe to write me there. She’ll send your letters in a separate envelope to me. He’ll never find out where you’ve gone.”

Taking an uneasy breath filled with fear, Julianna couldn’t help the nervous twinge in her belly. Catherine didn’t even have to say Lawrence’s name. Just referring to the monster as “him” was enough. The bastard should be happy she was gone, but that wasn’t Lawrence’s style. Control, manipulation, corruption, bribes… His world of living above the law, she hoped, was slowly coming to a screeching halt. She despised him, prayed that he would be charged with her attempted murder as well as the murder of their unborn child. Julianna rubbed her hand against her belly and the scar that would eternally remind her of her fiancé’s betrayal.

Glancing up, she locked gazes with Catherine and unsuccessfully patted at the hem of her skirt from the waist down in an attempt to hide her actions. Every time she thought about her baby and becoming a mother, she touched her belly.

“You’re only six weeks along. It could have been worse,” the doctors told her.

There was a life inside of her, anyone with a half a brain, a concept of such a miracle, wouldn’t be so insensitive and ignorant to make such a remark.

“Are you okay?” Catherine’s voice brought her back to the present.

“I’ve got the address in my book. Don’t worry, I’ll be careful.”

The sound of an approaching car caught their attention. Julianna was on edge, thinking at any moment Lawrence would find her and demand her return. “My cousin said he can follow you all the way to the thruway.”

They both watched as Jeremy, a State Trooper, pulled the unmarked police car alongside the curb.

He got out of the car, using the main doorframe for assistance to maneuver his six-feet-five-inch body from the vehicle before immediately placing his hat onto his head.

Talk about intimidation. Julianna was certain people cringed the second they were pulled over for speeding by Jeremy. He was as large as a tower, lean and muscular, but as gentle as a teddy bear.

“You picked a good day for traveling,” he stated, tipping his hat towards Julianna and his cousin as he approached them.

“Thanks for coming, Jeremy,” Catherine said as she gave her cousin a hug hello. Jeremy then took Julianna’s hand into his own.

“As ready as I’ll ever be. Thanks for doing this.” Julianna couldn’t help but nibble on her bottom lip.

“No problem, I wanted to do this, remember?”

She smiled, knowing it was all Jeremy’s idea to follow her as she left town. He was concerned for her well-being, and he didn’t trust Lawrence one bit. Not after everything that happened. It was only a matter of time and eventually someone would outsmart Lawrence.

Jeremy pulled her into an embrace.

He was a nice guy, had always felt protectiveness for her, but she was too involved in pleasing Lawrence to notice Jeremy. She was a fool to think that Lawrence truly loved her, wanted to marry her and start a family. That was all Julianna’s idea of the perfect life.

Jeremy held her close, and the tears filled her eyes again. She would miss him, too.

Releasing her, he pulled away slowly then placed his hand gently under her chin. He smiled.

“I wish you all the best, Jules. Don’t forget to write, and be sure to only use the PO Box address.”

“We went over everything. I won’t mail any letters or packages from Claire County, I promise.”

“Any trouble of any kind and you just call me at the barracks. I’ve got some friends with family down South with the State Police and the Sheriff’s Department, never mind a few Texas Rangers. You have my cell number and home number. Don’t hesitate, I mean it, Jules, any sign or feeling of trouble, you better call.”

“I promise,” Julianna smiled at Jeremy and his obvious concern. Jeremy and Catherine had been good friends for the past few years. But Kate was Julianna’s roommate through college, and they even shared an apartment together. Again, Julianna made the wrong choice, misread the signs, and opened up her heart to the wrong people.

Perhaps it was her lack of good judgment and being an only child, raised in Texas on a small horse-training ranch until her parents died. She had conditioned herself to handle things on her own, and in her haste to feel loved and appreciated, she let the walls down to the wrong people. Never again would she make that mistake. .

Julianna gave Catherine one final hug before getting into her car. She had a long trip to Texas ahead of her and a lot of thinking to do. 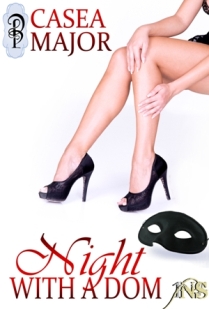 Night With a Dom
Casea Major
In Shelf
$2.99
Tweets by
sirenbookstrand