Life is changing for everyone in the office. Lotus has a big surprise, Keryn might be in love, and young Madi shows signs she is growing up at last. Raheesha plans a big June wedding. Gabriela has her baby, and even Emma might have a new interest.

Jaynie finds living with Bryce isn't all she thought it would be. With their new job responsibilities, they barely see each other. When their boss puts Jaynie in a do-it-or-else situation she feels she needs to lie to Bryce to protect his feelings.

Bryce's deepest fears return when his boss asks him to fly to a conference. When Gabriela suffers a possible miscarriage, it brings up nightmares from his past. He’s determined to make a better future and decides he's ready to marry and start a family with Jaynie. All seems right in the world until he discovers Jaynie’s lies.

Can Jaynie and Bryce work out her betrayal of his trust and find their own true love and happily ever after? 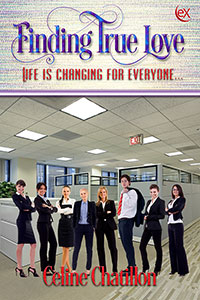 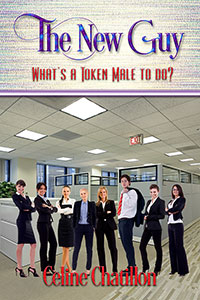 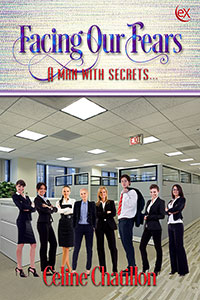 “Oh, my gosh!” Jaynie heard Madi’s squeal the second she stepped out of her office. “Lolo, you didn’t, did you? You and Max? I’m so happy for you two!”

“What’s all the fuss?” Raheesha demanded upon entering the break room. “Oh, my… That’s wonderful, Flower Child. Congratulations. You done beat Darnell and me.”

“Lotus beat you and Darnell doing what exactly?” Jaynie rushed into the room. Madi tugged Lotus’s hand away from Raheesha’s nose and toward Jaynie’s, waggling it about for the blushing bride.

Jaynie felt her heart skip a beat. Another officemate had taken the plunge into the matrimonial pool. “I didn’t even know you and Max were engaged. Congratulations.”

Keryn entered the break room and headed straight to the refrigerator to retrieve one of her energy drinks. She turned around and cracked it open, then sipped slowly.

“What’s up?” she asked after a moment. “More baby shower planning?”

“Nice. When did this happen? Over the weekend?” Keryn asked, raising an eyebrow.

Lotus nodded. “Yeah. It was a spur of the moment thing, you could say.”

Lotus slipped her hand from Madi’s and sat down at the table. Everyone else followed suit.

“Max and I attended a retreat about saving the rainforests where we met this very nice lady who marries people and we thought, Let’s do it. So we did.”

Raheesha’s eyes narrowed. “Is this lady an ordained minister or something?”

Lotus shrugged. “Not exactly. She’s a priestess for a local neo-pagan group. She’s got a paper from the state that says she’s allowed to perform wedding ceremonies, and we got the marriage license from the courthouse. It’s all legal.”

“As long as you got the marriage license filled out properly it counts.” Keryn nodded and tapped a finger on the side of her nose. “Well, your story clears up a mystery for me. You didn’t stop to call and tell Peter what you two were up to, did you?”

“No, we didn’t. I guess in all the excitement we sort of forgot.” Lotus bit her lip. “Is he angry with Max?”

Keryn rolled her eyes and put down her drink. “Pete came to my place Sunday night saying he was worried out of his mind that his stepbrother had been kidnapped by eco-terrorists or something since Max didn’t come home after his weekend retreat when he said he would.”

“Poor Pete!” Madi cried. “Did you comfort him, Keryn?”

“Uh, yeah… I comforted him all right.” Keryn smiled at the memory then turned to frown at Lotus. “You forget that Max and Poindexter are related to the Plattes. Paranoia and fear of kidnapping are rampant phobias among the ultra-rich. You scared him good.”

Lotus’ head dropped into her hands. “Oh, dear. We didn’t mean to scare Pete. Max stayed at my place since it was closer and we wanted to…to have a little more privacy.”

“Is that where you two plan on living?” Raheesha asked. “How is Max, the plant man, going to fit all his plants into your dinky little apartment?”

“We haven’t thought it out that far yet. We both want to move out to the country a little way—not too far from the city, though.” Lotus bit a nail. “Hmm… I suppose for now we could live at Max’s house until we’ve saved up enough for a down payment on a small farm.”

Madi’s eyes widened. “What about Pete? Where will he live?”

“The house has three bedrooms. Pete can stay put.”

Jaynie shook her head. “I’m not so sure a single guy would really want to live with a newlywed couple. Besides, doesn’t Pete have a say-so on the place? Isn’t his name on the lease or the deed?”

“No, Max’s great-aunt left the house to him in her will because he always admired her garden.” Lotus sighed dreamily. “And what a garden... I’ll always have happy memories of it.”

Keryn snorted. “Yeah, you should since you two seem to enjoy rolling in the hay out back often enough.”

“What? You mean they did it outside in the grass?” Madi shuddered. “What about the neighbors?”

“What about poor Pete?” Jaynie reminded them. “He’s essentially homeless.”

“No, he’s not,” Lotus corrected her. “He can stay. After all, when Pete needed a place to live Max was more than happy to let him move in with him. Max won’t throw his stepbrother out on the streets.”

“That’s mighty nice of him considering it was Peter who wired the place up for Max’s computers to maintain the temperature and moisture controls on his greenhouse in the first place.” Keryn rose from the table and tossed her drink can into the recycle bin. “If push comes to shove, Poindexter can move in with me.”

“You’d offer Pete the option of moving into your place?” Raheesha arched a finely plucked eyebrow. “Impressive. I always took you to be pretty much the loner type, Keryn.”

“I am.” She turned her face away from the group. “But I don’t mind helping out a friend when he needs it.”

They all stared in shock silence a full minute after Keryn strolled out the door.

Lotus smiled. “Me neither. It is sort of magical.”

“Magical?” Jaynie shook her head. “Uh-uh. It’s more like a miracle if you ask me.”

Madi frowned. “What is? What are you guys talking about?”

Lotus reached over to pat Madi’s hand. “Keryn is in love.”

“You really think so? It’s difficult to tell with her.” Madi shrugged. “I don’t know. I like to tease her about Pete, but she always maintains they’re just friends with nothing but computers in common.”