Seth Callahan relocates one of his business offices to a pretty Louisiana town. He’s lonely and discovers an emptiness inside him he just can’t fill … that is until he starts his house parties, where he fills the hollow with sultry encounters.

Rosanna Pyne arrives in town seeking solace after a bad relationship, and her neighbors take her to one of the parties. Seth notices her right away. He approaches her, but Rosanna backs away from Seth’s advances. 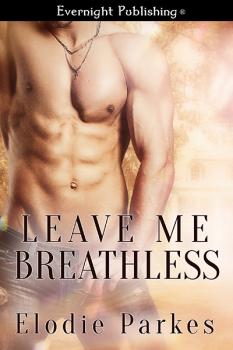 Desire swept over Seth from the middle of his clenched stomach to his tightening balls. His breath left him for a second and made his voice a whisper. “I am.”

Rosanna’s reply delighted him. “I’d like to skip the charming part and get right to the pants off.”

Seth’s cock jerked. He took the hot chocolate from her hands and placed it on the kitchen counter without even looking. He couldn’t tear his gaze away from Rosanna’s eyes. In one move, he had her in his arms. He kissed along her shoulder, caught the shoestring strap of her dress in his teeth, and pulled it down her arm. He left it there and traced kisses along the top of her breasts in a trail that led to her neck. Each contact with her skin sent his desire up a notch until he burned for her.

She murmured softly as he kissed her neck, sucking, licking, kissing, until she shifted in his arms, trying to reach his mouth with hers.

Seth loosed her for a second before he held her face, his fingers caressing her ears as he kissed her lips.

She molded her body to his, returning his kiss with so much hunger and passion, Seth moved a hand along her back to cup her ass and ram his aching cock on her stomach. He kissed her toward one side of the room, and with each kiss, she moaned low, clinging to him, her arms pushed up around his neck. He picked her up and jammed her against the wall.

She lifted her legs to circle his hips. The hem of her dress rose and fell away on each side of her hips in a slick of silk.

Seth pressed between her thighs. The warmth from her pussy penetrated his suit pants and made his cock leak. He thrust his hips in long, slow, movements, plundering her mouth with his tongue. His heart pounded, and he drifted in a haze of such desperate desire that he broke the stream of kisses to whisper against her lips. “Come with me to a private place. This is killing me. I need to fuck you. I have to fuck you. I want my tongue in your cunt and then my cock pounding into you. I want you coming on me, moaning. I want us fucking and coming over and over, until we can’t stand up.”

Her softly voiced words tore into his lust-fogged mind.

Seth stroked her hair and kissed the top of her head. His cock was painfully hard, and disappointment washed his haze of lust away.

“It’s okay, but just so you understand about this club. That’s what we do here in the house parties. We come here so that we can have sex without knowing each other.” He lifted her face tenderly with a hand under her jaw and kissed her softly. “Your friends should have told you that.”

He moved away from her gently so that she wouldn’t think he was angry. He turned and walked away. Nothing had ever felt like the kisses he’d shared with Rosanna. He’d never experienced such intense desire. It wasn’t just the urgent need to fuck and come, but an overwhelming need to kiss every part of her body, to trail his fingers over every inch of her skin, please and tease her, love her until she knew she was loved. Seth sighed despondently at the nature of his desire. This was unexpected. He wove through the room full of people to the front door.