The village is a fortress, but the walls are invisible—deadly radioactive contamination. The people inside haven’t seen a policeman for decades. The strongest rule, as simple as that. Women are traded for entertainment. Not the best place for a pretty female thief to be caught in the action…Only a lunatic would accept this challenge.

Johanna—or short, Jo—no longer regards herself a loser. She’s a successful whore, thief, gambler. But her game is dangerous, outright lunatic—more and more often she sets out to cause trouble for the worldwide organized crime, called the Cartel, only to go into hiding again. How long can that work? 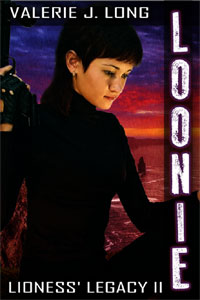 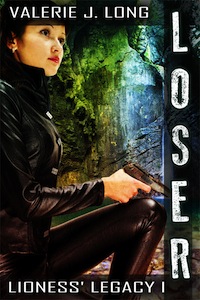 A narrow grid catwalk ran between the letters and the wall. Great! Not only that I’d finally find a safe hold there, this catwalk wouldn’t be covered by motion sensors. After the hours-long climb, I looked forward to a short break—even if it only was for my nerves, which hadn’t found a moment’s rest. I shouldn’t rush now, though—the last moves had to come patiently, so that I wouldn’t lose my grip on the last centimeters.

It cost me more self control than power to reach the catwalk. After more than two hours of climbing, I was simply worn out. I could grant myself a few minutes there, control pulse and blood pressure, take a deep breath, and relax my muscles. I soothed my bad conscience by telling myself I’d wait and see whether my presence would trigger any reaction, and moreover, I needed calm hands for the next step.

With the climbing alone, I wasn’t done yet. I wanted to get inside the building, to the executive floor and into one of the offices there. In order to get there, I first had to deal with the door, probably locked from inside, that led to my grid catwalk.

This proved easy. As it should be primarily impossible to reach, with the catwalk undetected from outside, sloppiness had snuck in—nobody had cared to lock the door. Thus the door—which could never remain open due to the strong wind at this height—could simply be pulled open at its lever. Next I stood in the spacious airlock chamber. Right next to the door I could read advice in multiple languages to always keep the outside door shut and never open it together with the inside door, so that the rush of air wouldn’t cause havoc inside the building.

Most importantly, I wasn’t interested in a rush of air stirring up the guards, so I nicely closed the outside door before I very gently pulled at the inside door. Gently, so that the pressure equalization inside the chamber wouldn’t trigger any plop or crack sounds inside the building. Then I was inside, and nobody knew of my presence.

In order to keep it that way, I adapted my skin color to the dull-pale wall color. I knew roughly how many surveillance cameras had to be installed inside the building overall, because I had procured the respective vendor data before—only one of the numerous exploration missions I had performed in preparation of this prowl. From the number, I could easily tell that not only emergency staircases and elevator access were secured. However, I hadn’t been able to find precise installation plans for all floors—there was a general instruction for just these staircases and elevators and a few detailed sketches for the reception area and the executive floor. If one of the cameras was aimed at this door, my mission would fail here and now.

No, tonight fortune favored the bold. Nobody could observe the maintenance door opening and closing. Despite my invisibility, I wouldn’t have been able to do anything about it.

I still faced a similar problem, as I’d have to cover another twelve floors to reach the executive floor. I could use the camera-guarded elevator or a well-secured emergency staircase—or had I rather follow the cliché and use the tight, always silver-colored, rectangular, and astonishingly well-lit air condition duct?

Neither of these options appealed to me. I instead searched access to the maintenance shaft for the in-house network, squeezed through the maintenance flap and began the strenuous climb between the glass fiber cables. If I wasn’t susceptible to acrophobia outside, now my disposition toward claustrophobia was put to the test. Only someone of my stature would fit inside here at all, and only someone with a nano-technically adapted skin could wind his or her way between the cables and cable bridges without cutting him or herself a few dozen times. Of course, my stamina was also tested another time, even if I only had to cover about thirty meters. 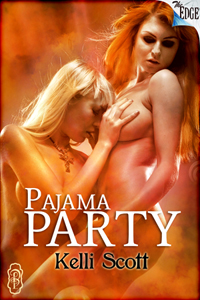 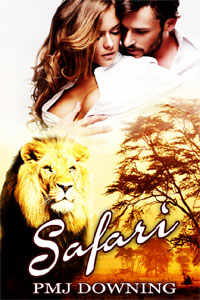 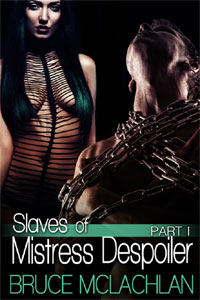 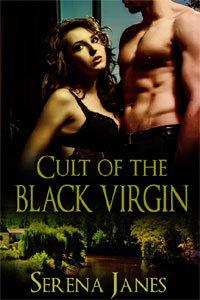 Cult of the Black Virgin
Serena Janes
In Shelf
$5.99
Tweets by
sirenbookstrand