Meet Madison Murphy, a curvaceous Wisconsin girl with a love for cheese, football and hibernating during the frigid winters. She was a beer swilling Packer fan until the day she gave into the nagging of her friends, went on a blind date with an unattractive bald man, got a little tipsy, got bitten by said blind date and started coughing up hairballs. Throw in a nosy neighbor and a sexy stranger and you’ve got the making of a wonderful foray into Wisconsin’s paranormal subculture--complete with were lions, tigers and bears and maybe a chihuahua or two. 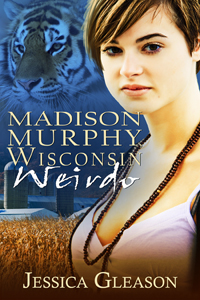 "I…er, may have gotten a little bit frisky with you the other night.”

Madison wanted to smack him. As if his ferocity hadn’t been obvious! It sure as hell didn’t do much to explain her current condition.

“Madison, you need to pay very close attention to what I have to say.” He spoke slowly, as if she was a small child who could only understand the simplest of things.

“Okay…,” was what she managed to get out. She was, for the moment, all ears.

“I bit you the other night and I shouldn’t have done that.”

Yeah, she knew that. She shouldn’t have gotten wasted and forced herself on him, either, but there was nothing they could do about that now. She was just hoping this guy wasn’t gearing up to tell her about his nasty case of syphilis.

“Do you understand what that means, Madison?”

“No, you idiot. If I knew what you were trying to say, I would have already tossed you out of my apartment, but there you sit. Unharmed and on my sofa.” He was really starting to get on her last nerve and she could feel a slight tickle building up in her throat.

“Okay, well, when I bite someone they don’t just scar. My biting you had different repercussions.”

Madison hesitated before responding. Yep, here comes the syphilis. “So, you gave me some sort of disease? Great! Please tell me there’s some way to get rid of it? I don’t need your weird freaky STD.”

“That’s not what I meant, Madison. Were you listening at all to what I was just telling you?”

She had tried to listen before her mind had decided to re-visit the night she’d met this short and unattractive man. “Yes…no…I was somewhere else. Would you mind explaining again?”

“Okay, Madison, it’s very important that you listen this time. I’m not going to be around to explain things again. I’m a shifter—shape shifter, that is. Rather, I turn into a dog.” She was trying very hard to pay attention, but the man was jumping from regular to freaky-deeky in three seconds flat.

“I change into a dog, and now—because of my carelessness the other night—you’re probably going to turn into one, too.”

“Cat, Harold. I turn into a cat. Stupid white fur. Stupid white hairballs. Stupid round green eyes. What the hell, man? You couldn’t keep your animal diseases to yourself?”

An Education for Amy (MFMM)
Debbie Bailey
In Shelf
$4.99
Tweets by
sirenbookstrand