In this reprint of the 70’s gay pulp classic Man Eater, we follow a Vietnam vet tuned detective who makes it his personal mission to find the deadly serial killer of gay men.

Jake Gold knows who he is: He's gay, American and a Vietnam-war veteran with PTSD who lost the love of his life in country. Jake subsequently hitched his star to the multinational United Nations Crime Control Commission, but nothing prepared him for his search for the "man eater," a killer cruising Europe for homosexual men who don't meet his exacting standards of masculinity in this gripping crime thriller that's as relevant as today's war on terror. This piece of lost gay pulp literature reworks stereotypes of homosexual men in favor of one that suggests that men are men regardless of which way their desires pointed.

120 Days is an imprint of Magnus Books/Riverdale Avenue Books dedicated to reprinting classic erotica, especially the LGBT titles of the 20th century. These vintage gay erotic novels, many written by novelists unable to find other outlets for fiction about gay men and women, peaked between 1968 and 1982. As censorship laws were struck down across the US, the best of these writers continued to turn out well-plotted genre novels--spy thrillers, science-fiction tales, mysteries, swashbuckling adventures, gothic romances and even pre-"Brokeback Mountain" westerns--within whose conventions they were able to explore the full range of their characters' lives. Surprisingly modern with just a dash of retro appeal these largely-forgotten novels are both great, fun reads and a bracing reminder that times change but people don't. 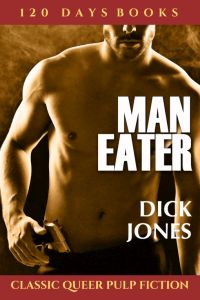 I went back to the bedroom and looked out the window. Early morning Berlin looked back at me with a grey shine: The scene was right now, not the jungle of three years ago. I had to push the past out of my head and stay in today. The past is a dead thing and I can't keep living in it. One of these days I just might make a fatal mistake and then everything is going to be past. I couldn't go back to sleep and it was too early to go out. Plus I was on call and was supposed to wait around for the phone to come alive. Since it looked like it was going to be one of those long mornings, I picked up my case file and reviewed the assignment that had been driving me up the wall for the past six months. The case is officially called UNCCC457-63299H. The UNCCC part stands for United Nations Crime Control Commission, the people who sign my paycheck every two weeks… the "H" stands for homicide. Around the office we call the case "Man Eater," which is a weak term to describe the killer. But I can't think of one that would communicate the savagery of his acts. The report reads like the script of a cheap monster film produced just to see how sick and bloody it could be. I've been on some strange cases in the last year but this one is the most bizarre I've ever seen. 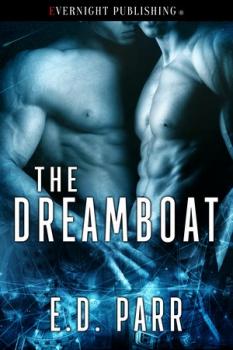