Shyla and her fiancée have been living together for a year, but this is the first time that she has met his father. The distinguished older version of his son is very affectionate, hugging Shyla and kissing her neck. When the man’s girlfriend and Shyla go shopping for lingerie, she learns the intimate details of his unusual sexual desires and she begins to wonder if the father is as good as the son. She tries to erase the erotic thoughts of the sexy older man from her mind, but whenever she sees him she thinks of him doing to her what he loves doing to his girlfriend. Alone one night, the distinguished older gentleman makes Shyla a very unusual offer.

Shyla went downstairs to get a glass of water. She passed the master bedroom on her way to the kitchen, but she quickly took a step backward when Theo’s father caught her eye. She stood beside the door and watched as the older man stood in his underwear on the far side of the room. He wore bikini type underwear which surprised her. They looked expensive, probably made by some French designer, and they barely covered him. She could see the reflection in the mirror and she could not stop staring. The pouch in the front was full and the man’s body looked too good for a middle-aged man.

Shyla went upstairs and tried on the leather outfit. She pulled her hair up and then let it fall back down. She looked good either way. She took the leather lingerie off and tucked it away. She lay in bed and was soon asleep.

She awoke to total darkness. “What time is it, Theo?” There was no Theo. It was past nine. “I slept for four hours.”

Shyla went downstairs to see if anyone was around. She didn’t see anyone, but she heard the shower in the master bedroom. She walked into the bedroom, but it wasn’t Max in the shower. The steam was thick, but she was sure that it was Theo. 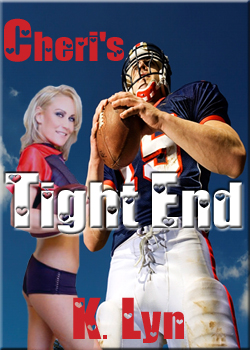