When the starship Elysian Dawn crash-landed on a strange planet eighteen years into its journey, a joint rescue mission was launched by Terra and Shiva. The rescue failed, and everyone involved had to pick up the pieces…and find new dreams. 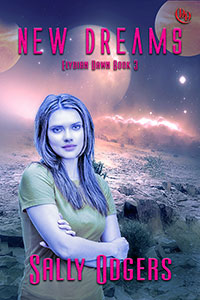 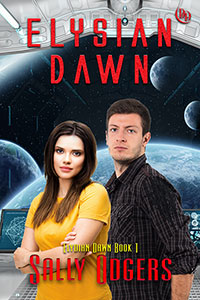 “Everybody loves a rescue, so long as it’s successful.” Doctor Harry Fejoa’s voice was dry.

Daffodil Lan didn’t want to admit it, but she knew Harry was right. The crew and passengers of the interplanetary ferryship Indira had made the rescue attempt from all sorts of motives. She had come along partly to add some practical experience to her resume. That wasn’t noble, but she was a junior doctor with her way to make in the world. She had wanted to save the orphans of the crashed colony ship Elysian Dawn. She’d pictured it time after time.

The reality of a hundred traumatised children to care for crashed in on her rosy imaginings. And that was before they started to die. The senior doctors decreed the remaining children must be restored to the planet they were calling Elydia. Furthermore, there was a real risk of carrying the contamination or infection or whatever it was on the rescue ship.

They could not afford to carry the deadly racking back to Shiva and Terra, so there was just one thing to do.

The medical lockdown of Shiva’s new state-of-the-art ferryship wasn’t something to be undertaken lightly.

The captain had to be persuaded, the Provosts on board briefed, Outward-Bound, former owners of the crashed ship, notified, and Krishna Tower, which had organised the rescue, informed. It was a mess, Daffodil knew, and a mess that had come from the best of intentions.

Dorotea Suchet, the senior paediatrician, made methodical suggestions. “We’ll have to let Citizen Singh at Krishna Tower know. Where’s Ambassador Singh? Has anyone briefed him? He might want to talk to his sister.”

“I couldn’t find him.” Daffodil found she was practically wringing her hands.

“Yes, before—before all this started. Amrita wanted him, and I thought she should go to him. After all, he’s planning to adopt her.” She explained how she’d failed to find the ambassador.

Dorotea nodded, her usually cheerful face falling into lines so for once, she looked her age. “It sounds as if you made a methodical job of the search, Daff.”

“You want me to look again?”

“No. We don’t have time to go running all over the ship, retracing what you did already. Get that communications tech—Dov Talman—to put a call for him. He hasn’t taken the lander again?”

“I checked that. But why would he? We’ve left the planetary orbit so there’s nowhere he could go.”

“So, he’s still on board. We need him, and we also need to get these children segregated. It may be too late, but we’ll get the older ones into isolation. It may minimise trauma to the young ones if this thing progresses. Doctor Benz will do the autopsies with Doctor Fejoa and look for any clue as to what causes the condition. Daffodil, you’ve seen three cases now. In your judgement, is it a disease or a condition? How is it communicated, or does it develop in isolation? What are the first symptoms? How do they progress?”

Daffodil was rattled, but these calm questions took her back to her not-so-distant student days. She took a deep breath and gave her opinion.

“It looks like a condition to me, and there must be invisible early symptoms. Before it began, I noticed both Claire Atlantis and Finn Causeway had isolated themselves and were sitting alone. That was normal for Claire, but not for Finn. Claire seemed disconnected. Disorientated. She asked questions she would have asked when we first landed on the planet. Come to think of it, Farne did that, too.” Farne Causeway was Finn’s younger brother. He had been the third rescued child to die.

“What was happening from their perspective?” Dorotea asked, still calmly.

Daffodil shrugged. “I don’t know. They were too withdrawn to reach. I did try talking to Claire and Farne. It was too late for Finn. He died before I realised anything was wrong.”

“What happened with Claire? Did she become unresponsive?”

“She started to exhibit the typical signs of a tonic-clonic seizure. I administered lax-a-pen two-cc, but she went into full seizure and died quickly.”

“Did you use lax-a-pen on the other two?”

“Not on Finn, because he was dead already. I used it on Farne, and then, after the first seizure, Doctor Benz suggested we double the dose. We did so, but it had no effect. The seizures progressed, and he died during the third.”

“The younger boy had a more protracted bout, then,” Dorotea said.

“I suppose so, though I didn’t see Finn’s bout. I assume it was quick. Farne survived longer than Claire.”

“We know what to look out for then, older children isolating themselves and losing focus.”

Daffodil snapped, “Knowing that doesn’t help if we can’t treat it! And what about the younger children? Some of them seem unusually disengaged.”

Dorotea made a calming motion with her hand. “We’ll see what the autopsies show. If necessary, we’ll put the remaining at-risk children into stasus until we reach the planet.”

Daffodil eyed her senior colleague unhappily. “What use is taking them back to the planet? We know a lot of the Terra-born died there of this condition. If the second wave has already hit, the remaining ship-born could be dead already. Abandoning children to die on a deserted planet is a violation of our oath and our duty.”

“Do no harm,” Dorotea said softly.

“It’s a noble sentiment, but sometimes harm is unavoidable. If it comes down to harm to a few hundred ship-born and probably Indira’s payload, against harm coming to Shiva or Terra if this thing gets loose, then our duty lies in doing the least harm.”

“I suppose so,” Daffodil muttered. She wished fruitlessly to be anywhere but there.