Once Upon a Sunset

Ted Allen left Key West five years ago to pursue a better job in another part of the country. He left behind a lifetime of wonderful memories. He also left Shakira Watson, the one woman who had carved out a prominent place in his heart. Now his career has brought him back to the tropical paradise, with hopes of rekindling what they had before. He thinks it’s fate, but will Shakira want anything to do with the carefree, fun-loving bachelor she remembers? Is Ted finally ready to commit to one woman? 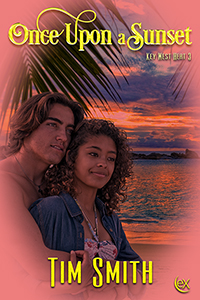 Once Upon a Sunset 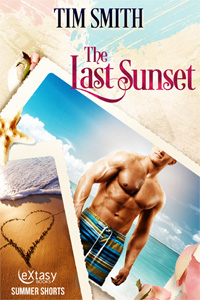 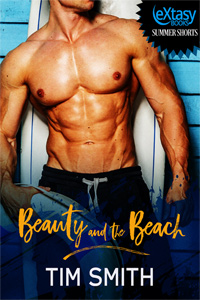 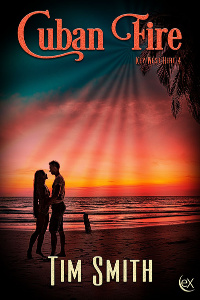 Ted Allen walked into Ballyhoo’s Historic Seafood Grill and looked around. The old-style décor hadn’t changed in the five years since he’d last visited. He inhaled, and the welcome aromas of fresh seafood and steaks being grilled brought back a flood of memories. He sat at the bar and smiled as he looked at the framed black-and-white fishing photos and old advertising signs adorning the walls. They coordinated nicely with the 1930s-style walnut bar and matching barstools, evoking the Florida Keys of old, where fishermen and charter boat skippers hung out drinking shots and swapping tall tales about the ones that got away.

The bartender approached and slowly wagged his finger at him. “I know you. Scotch and soda with a lime twist. Right?”

Ted laughed. “Helluva way to be remembered, but you’re right. How you been, Andy?”

“Good. Whatever happened to you?”

“I took a job in Nashville five years ago and had to move.”

Andy nodded. “Now I remember. Your friends threw you a going away party in here. I made a killing that night.”

“Guilty as charged.” He looked around. “Glad to see the place hasn’t changed. This was always my favorite hang-out.” He hesitated. “Does Shakira still work here?”

“Worse than that. She got promoted to manager.”

“No shit. When does she work?”

Andy glanced at the wall clock. “Should be here any time.” He fixed Ted’s drink, then set it in front of him. “I’ll send her over.”

Ted sipped his drink and recalled things from the long-ago past. Shakira was one of the hottest women I’ve ever been with. Slight Jamaican-American accent, killer body and the sex drive of a nymphomaniac. Her skin was always soft and smelled of shea butter. He grinned. And those soft brown eyes you could lose yourself in. They were crazy eyes. All the times we made love, I always sensed there was something dark lurking beneath the surface, communicated by those eyes. I wonder if she’s seeing anyone? Will she want to see me? It’s been five years, and we haven’t talked or written in nearly two. Maybe she’s moved on.

He looked at his reflection in the mirror behind the bar. His light brown hair was windblown and his lean face had picked up some sun since he had arrived the day before. He squinted, his blue eyes no longer accustomed to the Florida sun. He recalled other things about his relationship with Shakira. Before I left, we were actually talking about making it a permanent thing. Then my job transferred me and we lost touch. Probably should’ve taken the plunge when I had the opportunity.

He shifted his gaze toward the cash register and his breath caught when he saw Shakira looking over the receipts. She hadn’t changed since he last saw her, still trim, with a full bosom and tight ass that strained against her snug jeans. Her brown hair was a little longer than Ted remembered, cascading to her shoulders, but her bronzed skin was still smooth and her full lips were inviting. The five years of separation suddenly evaporated, replaced by a torrent of pleasant memories of the times they had spent together and all the fun things they had done. Definitely one of my bigger mistakes, not insisting that she come with me when I got that job offer up north.

Shakira turned in his direction but instantly stopped, her eyes widening when she saw him. She smiled warmly as she approached.

“Ted?” she asked, the smile growing.

She leaned over the bar with open arms and hugged him. Ted inhaled her scent, a pleasant mix of White Diamonds and her natural body chemistry.

“Are you here on vacation?” she asked.

“Better than that. I took a new job down here.”

She leaned forward, resting her arms and full bosom on the bar.

Ted tried not to stare, but it wasn’t easy.

“Guest services manager for one of the big hotel chains. They have five resorts in the Keys and Miami, and I get to ride roughshod over all of them.”

“Congratulations. What happened with the job you had with that place in Nashville?”

“My contract was up so I decided to come back here.” He let his eyes roam over her. “You look good, Shakira.”

She glanced down shyly and smiled. “Thanks. So do you.”

“So how are things? Andy said you were promoted to manager.”

“Busy, but I’m doing okay.” She paused. “So why haven’t I heard from you lately?”

He took a sip before responding. “No excuses, but I’m sorry I didn’t keep in touch. I really missed you.”

She took his hand in hers and returned his dreamy gaze. “I missed you, too.”

He laughed softly. “Now that we have the gee-you-look-great stuff out of the way, what else have you been up to?”

“If you’re asking if I’m currently involved, the answer’s no.” She hesitated. “Are you?”

He shook his head. “Only with my work. I’m glad you’re still here.”

“That’s me—just a homebody. Where are you staying?”

“I took a bungalow at the Coconut Bay Resort until I find something permanent.” He paused again. “Want to stop over after you finish work tonight so we can catch up?”

Her eyebrows arched. “You don’t waste time, do you?”