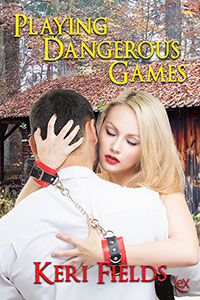 Bliss Davies rolled her eyes and turned to face her coworker.

“I can stay until you’re done,” Chris said, reaching his hand toward her. “I don’t like leaving you here all alone this late at night.”

“No,” Bliss sighed, waving his hand away. “I’ll get my stuff done faster if you leave. I’m almost finished and, besides, I’ve got a ride.”

Chris uncomfortably shifted because he knew who her ride was going to be. Chris liked Bliss, but he didn’t like Richard. Bliss had been with Richard Woodworth for years now, and everyone knew it, and yet her coworker still followed her around like some lost puppy.

But she wanted his puppy ass to go the hell home, so she purposely used the nickname she knew would make him cringe.

“Dick will be here soon,” she said, not bothering to hide her smile.

“Oh. Yeah, okay,” Chris flinched and studied something important on his shoes. “But you’ve got my cell number, right? You’ll call me if you need anything, like a ride or something, right?”

“Yes, I’ve got the numbers for everyone in the office,” she said, practically shooing him out the door. “Goodnight.”

“Goodnight,” he said uncertainly as he walked out the front entrance, leaving the door ajar behind him. She grabbed the door and began to push it closed.

“You don’t have to pretend,” Chris suddenly said, looking back at her somewhat sheepishly.

“What?” Bliss asked, blinking in confusion and pausing the movement of the door.

“You don’t have to pretend,” Chris repeated. “With me, I mean. You wouldn’t have to act tough like you do sometimes. Like you’re doing now.”

What the hell is he talking about? Bliss thought. New list: Things I Can’t Stand About My Annoying Coworker Chris. Number One, he sticks his nose into my business. Number Two, he wants to stick more than his nose into my “business.”

She briefly wondered if she could get away with slapping him and not get herself fired by claiming she had only been pretending to slap the shit out of him, but his face got in the way. Then she shut off that train of thought by finally closing the door.

He stood outside the glass door for a minute, watching her, and probably waiting for her to lock it. She didn’t, and after some more fidgeting, he eventually walked away.

“Good riddance,” she muttered, heading back to her office to grab her things. She didn’t really have anything left to do for the night, but she preferred to wait for Richard alone. Especially when Chris was her only other option for company.

She turned from the hallway into the office she shared with Claire, which was—unfortunately—right across from the office where Chris worked. As she stepped through the doorway, she thought she heard a noise coming from the front lobby. Bliss paused and listened. There was only silence, though, so she went back to what she was doing. She put away the last of her paperwork, cleared off her desk for the weekend, and pulled her purse out of the bottom drawer.

There was a light shuffling sound from down the hall and she froze. Was there someone in the lobby? Richard wasn’t due to arrive for at least half an hour yet.

“Hello?” she called out nervously. There was no answer. She put her purse down on the desk and walked slowly to her office door. “Dick?”

Bliss peeked out into the hall, looking in both directions. All but one light in the lobby and one in her office had been turned off already, so everything was pretty dark. There was no movement, though, and there were no further sounds. She shook her head and went back to her desk. She was alone, and the silence of the office was making her imagine things.

She was digging through her purse for her lip gloss when she heard a quiet footfall behind her. She started to turn, but a thick arm wrapped around her waist before she could, clinging her arms tightly to her side as a large hand covered her mouth.

Bliss tried to cry out, but her cry was muffled beneath the firm grip of the fingers pressing into her face, and her struggles were subdued by the muscled arm wrapped around her that was getting tighter by the second. The scruff of day-old stubble brushed over her ear as a breathy whisper of a laugh sent a shudder through her.

“You shouldn’t leave the door unlocked when you’re here alone, little girl,” came a voice as rough as gravel. “Scream for me.”

Bliss was released just long enough to be roughly shoved up against the nearest wall, with the massive body behind her leaning in close to trap her there with its bulk. But he had released her mouth.

“Dammit, Dick,” she gasped, trying to regain the breath that had been knocked out of her. “You scared the shit out of me!”

“Did I?” he chuckled deeply, still holding her tightly trapped against the wall. He reached a hand between her legs and up under her skirt. His fingers pushed aside her panties and slid easily between the warm lips of her pussy, dipping into the wetness she knew he craved. “Is that what this is? All of that so-called shit that I scared out of you? Because if I remember correctly, sweetheart,” he leaned in close again, his lips touching her ear as he stroked her, “being scared is one of your biggest turn-ons.”

“I never said that,” she ground out, pushing back against him and involuntarily letting a moan slip past her lips when his finger grazed her clit.

“You didn’t have to,” he countered, pushing right back against her. He lifted his hips into her ass, pressing the long length of his erection into her. “I can tell.”