An alien spacecraft has transported several refugees to a new world the refugees haven’t been to before. The craft has left, not telling them why they were sent to this planet. Then the refugees find out they must hike south, toward a warmer location, or they will freeze to death. Can they reach their destination before winter comes? 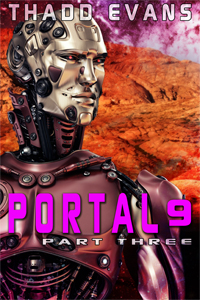 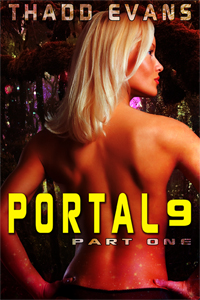 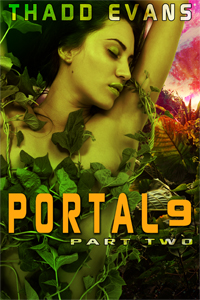 I opened my eyes while early morning light became brighter.

Onen walked across a desert toward me. “You’re waking up. Excellent.”

I stood, frowning, curious and worried about what was going on. In the near distance, Adam, Atta, Niwo, Yiiib, Minna and Looa rose to their feet.

I glowered, concerned. “When did we arrive?”

I blinked, surprised. “Why didn’t you wake me up sooner?”

“I tapped your shoulder a few times, but you didn’t respond.”

“What happened to Ten and IN Fourteen?”

“After dropping us off, they left.”

I scowled. “Did they leave any food?”

“How about sleeping bags, tents, phones, or other equipment?”

“Only phones. However, you can’t call anyone, because one part of the devices is not functioning.”

“Did Ten tell you when he would return?”

My stomach muscles tightened in terror. “Did he say anything about this planet?”

“He left a few moments ago, part of his plan to map this area. He will come back soon.”

I turned in a complete circle and noticed sand dunes along with scattered rocks. “There isn’t water or any edible plants nearby. We should go.”

“Yes. By the way, I have bad news. According my recent scan, it’s late autumn. We have to hike due south because the temperature in this area will drop to sixty degrees below zero in a few weeks. If all of you stay in the Nim, everyone will freeze to death.”

I flinched. “Okay. Where are we headed?”

“The bottom of the Sano Canyon, a destination that is eight hundred miles away, due south of this location.”

I frowned. “That’s a long way from here.”

“Yes. I have more bad news. All of us must cross the Nim, the Eap Gorge, the Hueg Desert, the Tae Mountains, and the Ayy Forest to reach our destination.”

I paused, thinking. “Did you make up the names for these areas?”

I hesitated, worried. “Have you or Dost mapped this area thoroughly?”

“Did you map the route we’ll be taking to reach the Sano thoroughly?”

“No. Our maps of it are somewhat blurred.”

The others walked up to me. I told them about my recent conversation with Onen.

Adam blurted, “Fuck, this is tough. Onen, show me your maps.”

On our robot guardian’s wrist-mounted screen, they enlarged and scrolled.

Adam’s eyes narrowed. “There are a lot of them. Most are low resolution, not much detail. Is this the best you can do?”

Adam frowned. “When we reach other areas along the route, can you create better maps of them?”

Adam spat, “Probably? Why not definitely?”

“Because it takes a lot of time to scan and assemble detailed maps.”

Atta leaned her head on his shoulder. “Honey, we can make it to the Sano.”

He rubbed his forehead. “All right, but I don’t like it. This is all so sudden. Onen, why didn’t Ten tell us anything else about this place during the journey in space?”

“Good question, but I don’t know why.”

I mentioned my conversation with Vuun, how he had educated me on the flora and fauna of the planet.

Adam glared at me. “It was probably only a dream, not important.”