Pray While You're Sleeping

After a lifetime of crime and bigotry, Sully gets his comeuppance when he’s told he only has a matter of weeks to live. With the help of medication, he can cope with the pain, but it’s the haunting nightmares that cause him more distress. Sully wakes up one morning covered in somebody else’s blood and has no recollection of how or why it happened. Unable to go to the police, Sully turns to the AI team for help. By monitoring him while he sleeps and apparently sleepwalks, they discover Sully has been sent on a mission to save peoples’ lives. When they’re led to a monastery, Sully shows a strong affinity to an aged portrait of a monk, Gregory, and Jane and Grant surmise that Gregory is communicating with Sully through his dreams. In his final hours, and in a delirious state, Sully makes a surprise confession to Jane. Her only hope is that Sully has done enough to be saved. 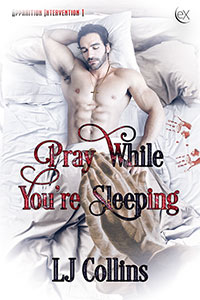 Pray While You're Sleeping

Pray While You're Sleeping
L.J. Collins
In Shelf
$4.99 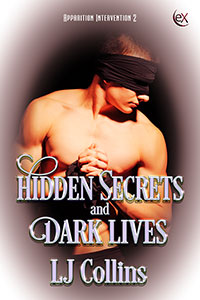 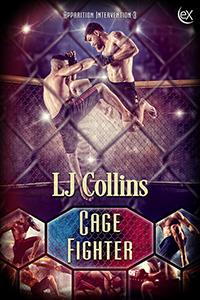 Shouting and screaming woke Sully up. He gasped for air, sat up and looked around him. He breathed out heavily when he realised he was still in his bed. His own screams had woken him. They had come back to taunt him.

Sully clutched his head with his hands. Jesus Christ, I can’t take any more of this. When the fuck are they going to leave me alone? I know I deserve this. Get back what you give, and all that shit, but for fuck’s sake, this is too much. I know what I did was wrong. But if I’d have known all this shit was going to come back and slap me in the face, I’d never have done it. I honestly wouldn’t have done it.

Knowing he wouldn’t be able to go back to sleep immediately, Sully leaned across and grabbed his dressing gown. He was only left with two options. Drug himself back to sleep or drink himself back to sleep. His doctor had strongly advised him against the latter, but what did it matter? He was going to die, so he might as well die drunk and oblivious to how he was taken or who he was taken by. If he was drunk enough, he wouldn’t give a damn about where he was being taken to or who was taking him there.

Sully went to the kitchen and grabbed the bottle of scotch on the counter and a glass from one of the units. Content he had all he needed in his hands to get him back to his armchair safely and numb his mind, he hobbled toward the lounge.

The first gulp gave Sully a warm and satisfying feeling in his mouth and throat, and the tension in his body started to fade. He was reminded of the times when he’d drunk a bottle of scotch after an assignment, and how quickly his guilt and the moralistic battles he used to have with himself had dispersed into thin air.

Nah. It all boiled down to the money. It didn’t matter what he’d had to do or who had suffered as a consequence once he’d reached the bottom of a scotch bottle. All he’d had to deal with in the morning was a bit of a hangover, but he’d rid himself of any guilt about what he’d done the night before. The following day he’d always had a much healthier bank balance to look forward to and a better way of life. Nothing else had mattered to Sully at the time.

While he sipped his second glass of scotch, Sully was hit with a flashback of the nightmare he’d just had. He cringed and shuddered when he recalled the bizarre and disturbing experience of being eaten alive by a Komodo dragon. The pain of having his intestines ripped out from his stomach and his violent retching when he watched the beast feasting on his insides had all seemed so real. He was used to agonising pain, but the sight of seeing his gut being ripped open by razor sharp teeth and his vital organs being devoured in such a heartless and brutal manner had made him nauseous.

Sully put his hand on his stomach to reassure himself that it was still all there and intact. Even though his hand was cold, it felt reassuring and comforting to feel his ribs and a pulse beating from somewhere inside. He struggled to imagine it was his heart, because that had died a long time ago when he’d traded his soul for what he’d thought was going to be riches and a better way of life.

But what had he gained from it all? He’d had all the money he’d needed to live a happy and fulfilling life, but he was alone in his big house with nobody to love him or take care of him in his time of need. He’d never really found true love. He’d convinced himself that he’d been in love with a couple of the women he’d had relationships with, but he’d never found real love. That would have meant dropping his guard and showing his true colours. Something he’d never allowed himself to do.

Sully took another slug of his scotch to try and wash away the depressing thought that it was too late for him to ever find the true love he’d really craved and desired for as long as he could remember.

His thoughts turned to his childhood. He’d been brought up by God-fearing Christian parents who’d lived honest and respectable lives. Where did it all go wrong for him? Why—or how—had he turned to a life of crime? Was it because he’d rebelled against their holier-than-thou morals and influence? Or was it purely the temptation of the money and the opportunity to live the life he thought he’d always wanted? Sully couldn’t be sure, but the cancer that was quickly spreading through his body and ravishing it with the ferocious appetite of the Komodo dragon in his nightmare was making sure that he’d pay for his sins and wrongdoings before he departed.

Sully chuckled to himself when he thought about his parents and what they’d have said to him if they were still alive. They would say he should pray to God to repent his sins. Then the Devil wouldn’t take the form of cancer in his body to consume him and drag him down to the burning pits of Hell.